Nerdvana In the Store… and other updates

I had a geeky moment this afternoon.

While Will and I were out running errands, he took me into our neighborhood Borders (at 100 Broadway) and showed me the six copies of Nerdvana in the LGBT section. It was very exciting to see a book with a story of mine on the shelf and so we documented that with a quick picture! 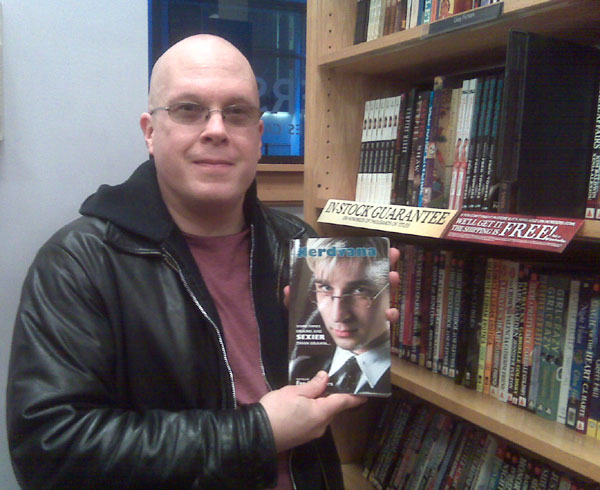 Meanwhile, I’ve started reading Nerdvana to see what the other stories are like. Once I finish with it, I’ll write it up over on jeffandwill.com.

In other writing news…