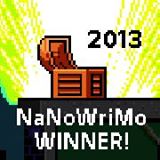 The month isn’t quite done yet, but I reached the 50k minimum for National Novel Writing Month yesterday. It happened just before Thanksgiving dinner, so I didn’t have to battle a turkey coma to write more in the afternoon.

This is the first NaNoWriMo I’ve done in a couple years and I’m quite pleased with the output I had. True, I didn’t write a single novel. I split my work into a couple buckets: 25,000 words to finish the draft of the first Hat Trick sequel and rest of the words went towards another Hat Trick sequel that’s in the works.

I maintained a good pace of writing, which is what let me finish three days early (I am still writing for the next couple days to finish out the month in writing mode). I even kept good pace while traveling. I worked on the West Coast for a week and used the cross-country plane trip to write, as well as writing mornings and most evenings while I was there. Particularly nice that week were the two mornings I wrote by the beach. I snapped a picture to commemorate the location: 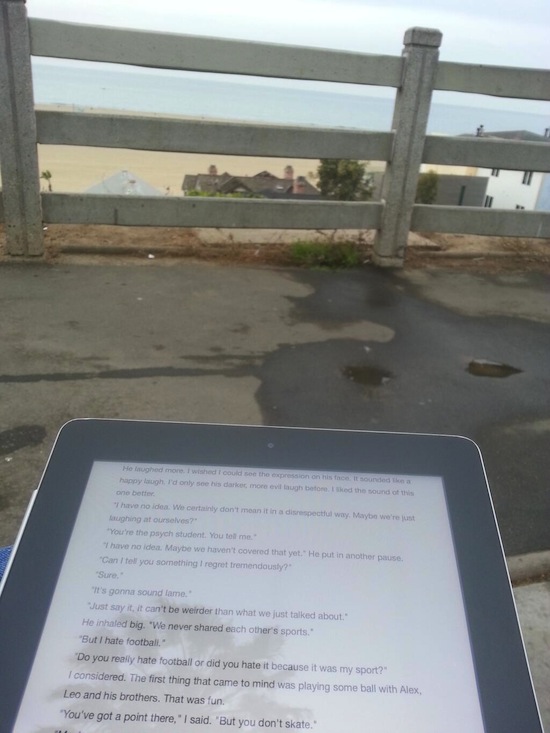 Yes, the text on the screen is part of the first draft for Hat Trick‘s first sequel, which has the working title of Playing the Rebound. The editing process for the book will start on December 1. I’d love to say I’ll get it submitted for publisher consideration by the end of December, but it may slip into January with the holidays and such. Not only do I need to give it a good read and polish, but beta readers need to have a look at it and then I’ll likely need to polish it again. I am excited by the plot that unfolds in this installment of Simon’s story. Once I get the edit done, I’ll create the blurb and share for everyone to see.

As for the story that follows Playing the Rebound, in a distinct difference from my usual linear writing style, I’ve completed the final two scenes. I’ve had the idea for the finale for a while now and it was great to get the draft of that down. I’ve also written a number of scenes for the second sequel.

If you read my post at the start of NaNo, you know I thought there were three sequels to come. In the past week I’ve considered that there may only be two. Playing the Rebound works well in its current form. However, the second and third book may collapse into a single book. I’m not completely sure yet, and won’t figure it out for sure until I come back to those after Playing the Rebound is finalized. From a naming convention, if the series is called Hat Trick it would make more sense to have three books rather than four.

If you participated in NaNo, I hope you reached your goal and that you’re able to have a good editing session once your writing is complete.