A couple Sundays ago I was part of a Facebook chat where I was discussing my books, including, of course, Hat Trick, and someone asked me who I would cast into the roles of the main characters for HT. I’ve answered a lot of questions about Hat Trick over the past year, but never that one so I had to think about it for a moment. 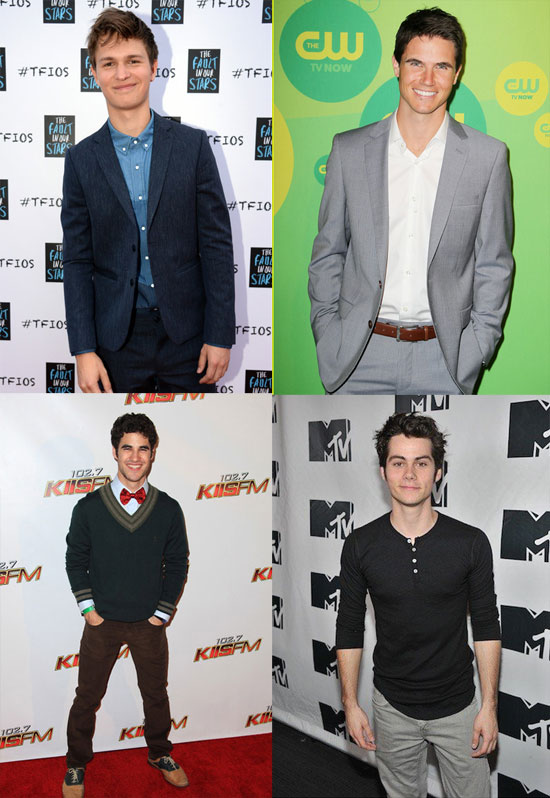 I came up with these four as the principal cast. There’d need to be some tweaks in appearance to get it 100% right for some of these guys, but I think this casting would work great.

Ansel Elgort is Simon. Between his roles in Divergent and The Fault in Our Stars he’d easily tackle the emotional range that Simon goes through in the book. I didn’t much like The Tomorrow People on the CW, but I liked Robbie Amell (who is headed for The Flash this fall). Amell would be great as the romantic, strong and stoic Alex. Darren Criss would make an ideal Leo, the captain who leads the Central Falcons hockey team through everything that goes down. Dylan O’Brien gets the role of best friend Jackson. He’s shown on Teen Wolf that he can play goofy and serious and that would work great for Jackson.

If you’ve read the book, I’d be interested to hear what you think of my choices and/or who you would cast.