First off I should offer a million apologies that I haven’t been blogging more. With Jeff & Will’s Big Gay Fiction Podcast on the air, I feel like I’m giving updates weekly–but they don’t all land here. That’s bad of course. I’ve also started doing some video updates on the home page because that’s kinda fun, too.

But, there’s a lot going on, so it’s high time for something written. 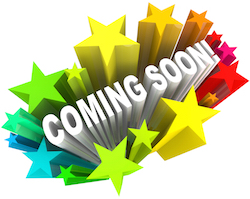 For the first time ever, I’ve signed three contracts in a month. So there are things coming soon!

First up is the piece I wish I didn’t have to write. Hat Trick Overtime: Be True, Be Proud, Be Strong is part of the Love Is Proud anthology from JMS Books. The anthology’s proceeds go to Equality Florida to benefit the victims and their families of the Pulse nightclub shooting. This short is set on the Sunday after the shootings and looks at how Simon, Alex, Scottie, TJ, Bryan and others from the Rainbow High hockey team react to the breaking news. Within the Hat Trick universe timeline, the story falls between the last chapter and epilogue of Hat Trick 3: Penalty Shot.

It wasn’t in my plans to write this story for sure, but in the days after the shootings, it was clear that these characters had something to say about it. More than 30 authors from JMS books are participating in this anthology. I encourage you to pick up a copy if your a Hat Trick fan, and if you do so please get it direct from JMS Books so the maximum amount of money gets to Equality Florida.

Dreamspinner Press will publish my novella Love’s Opening Night. In this story you’ll meet Jeremy Steele, a Broadway singer/dancer/actor who, after a long run in Wicked as an understudy and member of the ensemble, is in rehearsals to make his debut as part of an original cast. The leading man is Ty Beaumont, a TV actor Jeremy’s had a huge crush on since he first saw him in a Shakespeare in the Park production. One night, Jeremy helps Ty with some choreography and from there the guys have to figure out their feelings for each other. Is a showmance the best idea as the musical heads towards opening night? I don’t have a date on this yet, but I’l update as soon as I know.

My most exciting news is that Harmony Ink Press, part of Dreamspinner, has contracted Tracker Hacker (Codename: Winger #1). I’ve had such a blast writing Theo Reese since last fall and even more excited that his first adventure will be coming out in the fall of 2017. Theo is a high school junior, hockey player (of course), computer genius and… secret agent with Tactical Operational Support. Theo’s used to working behind a desk on technology, but when TOS’ agent tracker system is compromised, he’s forced into the field to stop the hack. I introduced Theo to the folks on my mailing list a few months ago, you can check out that intro here.

There’s more coming as well. I’m in progress on a story set on Mackinac Island in Michigan, titles Somewhere on Mackinac, which I’ll be submitting before the end of July to Dreamspinner for consideration as part of their “States of Love” series. More details will come on that in the weeks ahead.

I hope you’re having a great summer! And I promise to try and be better about updating the blog.