I love Christmas movies–in particular Hallmark Channel and Hallmark Movies & Mysteries movies and sometimes the films offered by other networks. 2018 was an excellent year for the movies. I’ve been happily watching since Halloween weekend when Hallmark’s Countdown to Christmas began.

Before I get to my favorites, the diversification of the movies needs to be called out. Hallmark has rightly been called out the past few years for its whitewashing of Christmas with persons of color sometimes getting the secondary romance in a movie. More often, however, persons of color were in the background as friends, co-workers, bosses or other small roles. This year, by my count, five of the 36 movies across both Hallmark channels had persons of color in the lead roles. Yes, it’s less than 15 percent of the total films, but this is an increase and one I hope continues.

Speaking of diversity–LGBTQ people got attention in this year’s Hallmark movies as well. In Road to Christmas, which is one of my favorites that I’ll talk about in a moment, there was an unmistakeable gay couple presented. It wasn’t an overt “this is my husband” moment, but you’d have to actively wear blinders to not realize that’s who the guys were to each other.

In addition, in at least three movies, there were doors featuring rainbow flag stickers. Typically these stickers are used to identify LGBTQ safe spaces. One of them appeared on a classroom door in It’s Christmas, Eve, which starred LeAnn Rimes. In the other two movies (and I wish I’d written down which they were), these stickers were on stores in the towns the films were set in. I don’t think anything accidentally gets into the backgrounds of these films so I’m sure it’s a deliberate nod to the community. Hallmark could do more to feature LGBTQ characters (and they have shown gay couples in their greeting card ads and in the 2018 Christmas ornament catalog), but 2018 was certainly a move forward.

On to the favorites!

Hallmark Channel: There were 21 movies this year and on the whole I enjoyed most of them (I couldn’t get into Christmas at Graceland and since I don’t watch When Calls the Heart, I skipped their Christmas Day movie). 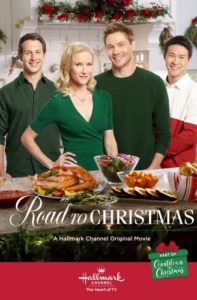 Favorite: The aforementioned Road to Christmas. Maggie is the producer of the popular Julia Wise cooking show and they’re planning a live Christmas show. Julia is scared of the live format and enlists her son, and former producer, Danny to return and help produce. Maggie and Danny end up traveling across the country to film hometown/family segments to air during the show. Along the way, they visit Danny’s brothers (the three Wise men) who haven’t been home for Christmas in many years. The ending is an HEA in every way as Maggie and Danny find love and the family reunites.

I was very into this movie from the beginning. Jessy Schram (Maggie) and Chad Michael Murray (Danny) have great chemistry as they go from the producers who don’t much like each other, to colleagues who respect each other to falling in love. The road trip to reunite the brothers was a great story element–only bolstered by the introduction of the brother who runs a dog rescue with his boyfriend/husband. The big reunion at the end was perfect. I’ve ended up watching parts of this movie a few times over the season and get the warm fuzzies from it every time.

Runner-Ups: Christmas at Pemberly Manor because Jessica Lowndes and Micahel Rady were all kinds of cute together. Christmas at the Palace since I’m a sucker for princes and ice skating. Mingle all the Way had an interesting “dating” app concept and featured Lindsay Wagner as a mom. A Gingerbread Romance featured the cutest architect/baker couple and, as you might expect, a ton of Gingerbread.

Hallmark Movies & Mysteries: Seventeen movies here this year and it was only Once Upon A Christmas Miracle that I couldn’t get through. The rest, however, were solid and I watched many more movies from M&M this year than I did last year. 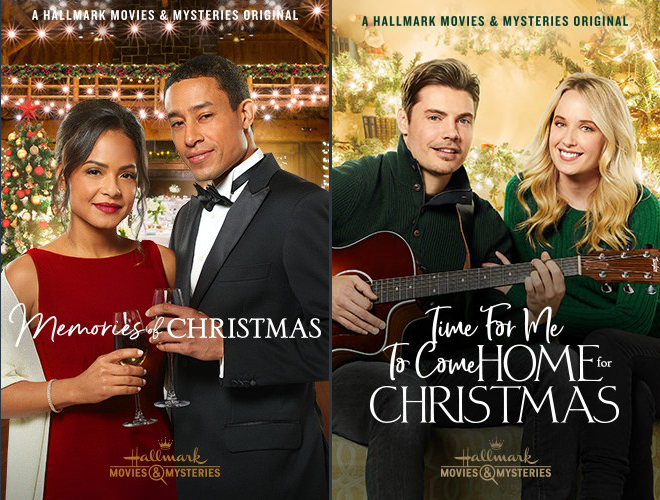 Favorite: I can’t pick just one here. It’s a tie between Memories of Christmas and Time For Me To Come Home for Christmas. I loved the stories and the cast in both.

Memories of Christmas features Noelle who has returned to her hometown to pack up and sell her childhood home. She ends up helping with the Christmas Gala her mom started. Not only does Noelle rediscover her love of Christmas, she helps save the Gala (which was about to lose its home) and falls in love too. Noelle has a great story here and the slow but sure way she connects with Dave was perfect.

In Time for Me to Come Home for Christmas an artisanal jam/candy maker ends up enduring travel difficulties with a country music superstar. Initially Cara doesn’t know she’s traveling with a superstar, but eventually Heath’s identity is revealed by fans they encounter along the way. The travel sequences are fun as they go from airplane to bus to car rental. Cara and Heath meet all kinds of people along the way. Once their home, Cara has to deal with telling her father the trouble the family business is in and there’s some back and forth if Heath can/should help… in the end though Cara’s family business is saved, Heath is able to find joy in Christmas again.

Runner ups: A Godwink Christmas had a great story looking for the small signs that can point you in the right direction. Last Vermont Christmas was a perfect re-connecting with family and the past story. Christmas Everlasting (this year’s Hallmark Hall of Fame) was similar to Memories of Christmas and Last Vermont Christmas but the extraordinary cast made this movie terrific. Northern Lights of Christmas featured the perfectly cast Ashley Williams and Corey Sevier, plus there were reindeer! Christmas at Grand Valley with the delightful Danica McKellar and Brennan Elliott was a great “save the inn” story but also had wonderful kids to go along with the love story between the adults.

Other Networks
Two movies from Lifetime won me over. 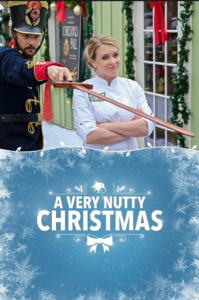 A Very Nutty Christmas: Let’s start with the cast: Melissa Joan Hart, Barry Watson, Marissa Winokur and Conchata Ferrell. Melissa owns a bakery but she’s totally lost her Christmas spirit. She receives a nutcracker that ends up coming to life (in the form of Barry Watson) and “Chip” helps her rediscover everything that’s wonderful about Christmas. To be honest, I have major issues with the final five minutes because to me there were better ways to create the HEA. That said, the rest of the movie is funny, emotional and everything I want in a Christmas film. I just have my version of the ending.

Christmas Around the Corner: I love a bookstore movie and this one really did it for me. Claire, burned out from work, goes to the small Vermont town where her mother found inspiration–and a place they never got to go together. She discovers a town that has lost it’s Christmas spirit due to an earlier flood and the bookstore her mother loved in a sad state. She reinvigorates the town, saves the bookstore, finds love and it’s wonderful! Plus, in this movie we meet the town’s minister who introduces us to his husband and new baby–and not only a gay couple but interracial too (thanks, Lifetime for so much awesome inclusion).

And a hat tip to Netflix, which also played on my love of princes and royalty. The Princess Switch stars Vanessa Hudgens in dual roles: a baker and a soon-to-be-princess. In a switch-a-roo, the baker becomes the princess and the princess experiences a life she’s never known. Of course, the baker falls for the prince and the prince for her. Meanwhile, the baker’s business/baking partner finds himself attracted to her in a way he’s never been before…plus his daughter figured out the secret and encourages their romance. This was wonderful light-hearted fun with perfect HEAs all around.

I’m sad the Christmas movie season is over. In the crazy, doom-and-gloom world we live in, I could watch these movies all the time and be quite content. At least Hallmark will do Christmas in July in just about seven months and Halloween 2019 will be here before you know it and Countdown to Christmas will start over again!

If you’d like to read about Will’s Chrsitmas favorites, you can check them out here.