Cover Reveals: Books Back in the Game & In KU 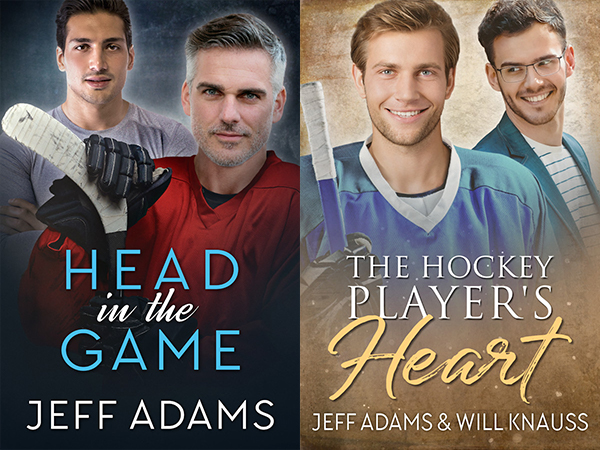 I’m excited to reveal brand new covers for Head in the Game and The Hockey Player’s Heart, both done by the amazing Meredith Russell.

After being pulled from sale this past summer, The Hockey Player’s Heart is set to make a return on its second anniversary. With its spiffy new cover and a little brush up proofreading, it’s making its KindleUnlimited debut on January 15, 2020. If you haven’t previously picked up this sweet, second-chance romance between pro hockey player Caleb and grade school teacher Aaron, now is the perfect opportunity.

Head in the Game, which released in January 2019, is a May/December romance between a pro hockey player in a slump and a young graduate student who skates into his life. As this novella arrives in KindleUnlimited, I wanted to freshen up the cover while the content remains the same.

And if paperbacks are your thing, those editions will be available soon.

With the hockey season at just about the mid-point for the year, it’s an ideal time to read some hockey romance!