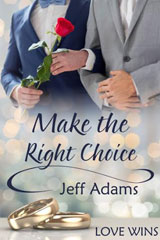 “Dad, it’s taken care of,” I said, trying to not lose my temper. “Margaret’s handling it. She’ll keep me updated on the meetings with the city. She’s been in on all of them, just like I have.”

If anyone could handle the project, it was my sister. Margaret was the best project manager I’d ever worked with. Often times she knew the project better than I did because in her role she had to know everything.

“I wished you’d discussed this with me before coming back. If the city planners keep us in this hold, the whole project is in danger.”

I muted the phone and slammed my hand on the steering wheel. Talking to my father while driving could be the death of me. I waited a moment and then clicked off mute, as I struggled to keep my anger at bay even as my body was tensed up.

“You told me to come back for the Breck meeting. So here …”

“That was before this snag came up. Where’s your common sense, Matthew?”

“It’ll be fine, Dad.” A sigh escaped with the last word.

“I want you back there tomorrow night.”

The double beep indicated he was gone.

“Fuck,” I said to no one and slammed my hand against the wheel again.

I’d already been gone longer than expected. I’d missed Ben’s engagement party, which I knew disappointed Leo even though he tried to convince me otherwise. Now I’m supposed to go back after being home less than a day.

This job was not what I’d expected. I’d interned for my dad the last two years of undergrad and then shifted to working full-time after I graduated. I came in as a junior architect, and I was put through the paces with plenty of long hours. He gave me the time I needed to get my master’s though. When he promoted me last year, however, he made it clear he had different expectations for me than the other senior architects.

I didn’t mind work. I actually loved the job. But I didn’t like sacrificing simply because dad lived that way.

Seeing it from the inside, I couldn’t understand how Dad’s work habits didn’t take a toll on mom. It left me stressed out and it didn’t make things easy on Leo either.

I pulled into the driveway of the small house we rented. I smiled, seeing his car in the driveway. It meant he was home. I was in such a rush to catch the flight I didn’t check to see what he might be up to tonight.

I parked behind his car, killed the engine, and sat there trying to let the residual frustration drain out. If I had only one night with Leo before heading south again, I didn’t want to bring my mood into the house.

As I got out of the car, the front door opened and Leo stepped out. His face lit up with a smile as he jogged out to meet me.

Whatever I’d been feeling about dad evaporated as Leo enveloped me. I hugged him back as we kissed in our driveway.

“This is a surprise,” he said. “Did I know you were coming home?”

“No. I got called back for a meeting tomorrow morning, so here I am.”

I leaned in and grabbed my messenger bag from the back seat. Leo slapped my ass before popping the trunk to get my luggage.

“Don’t get too used to it. I’ve got to go back tomorrow night.” I locked the car and turned to see Leo looking back at me, the happiness draining from his face.

He took my hand as we walked to the house.

“Yeah. Dad wants me to go back after the meeting tomorrow.” I lowered my voice. “I’m sorry.”

Once we were inside, he took my bag on to the laundry room and tossed my clothes into the washing machine. I followed, not wanting him out of my sight since it felt like forever since I’d seen him in person. Skype and FaceTime weren’t enough.

I pressed up against him as he got the washer started.

“Maybe we need to reinstate video date,” he said.

Video date night was something that got us through college. Leo hatched the idea during his first semester at Maine. It worked great since I was going to school in Pittsburgh. We’d have dinner together and then watch a game or movie. It kept us bonded when school kept us apart.

I sighed what seemed like my millionth sigh of the day. I didn’t want to go back to that.

We both traveled. At least for Leo, it was very scheduled. There weren’t surprises. For me, it was the opposite. I could end up on a plane with mere hours’ notice.

I was turning into my dad and I wasn’t even thirty yet.