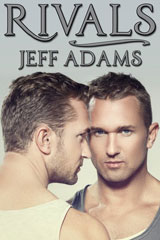 “When did you get a slap shot?” I was stunned and I knew my face showed it. It wasn’t often that Trevor surprised me on the ice.

“I’ve been working on it,” he said, pride coming through in his voice. “I’m trying to get on an intramural team next fall for my last year. I figure I can run in the spring and play a little hockey in the fall. It’ll beat tryin’ to get in on some pick up game, which are always over crowded.”

We were dressed in sweats, along with gloves and skates. We didn’t go for full pads or helmets since we were just messing around, not taking any real shots or anything that could hurt us.

The metallic clank of the rink’s front door echoed across the ice. Trevor and I looked at each other and shrugged. On a holiday morning we hadn’t expected to see anyone else. The rink wasn’t due to open until noon, so even the staff whould be hours away from coming to work. It had to be some other crazy person, like us, who wanted a little ice before it was time to eat.

I took the puck off Trevor’s stick and started skating around in random patterns. “Come on, Trev, “ I said tauntingly, “get the puck.”

As soon as he started to skate, I turned on the backwards speed and put some distance between us. We kept at it for a couple minutes before he finally faked me out and claimed the puck.

“And Mitchell Turner has the puck stripped off his stick by his persistent younger brother, Trevor.” A man stood on the first level of bleachers, applauding.

I hadn’t seen Alex since my senior year of high school hockey ended. We were cross-county rivals then. I had a wicked crush on him, too. He’d gotten even better looking during the past four years—a red goatee now accentuated his blazing red hair. The tight, long-sleeved workout shirt showed off his chest in eye-popping detail. I sprinted to the boards where we bumped fists and shook hands. “I didn’t think we’d run into anyone else this morning. What’re you up to?”

“Came down to get a skate in before spending the day with the family,” he said. His deep voice was incredibly sexy. I didn’t remember him sounding like this. “Man, it’s been forever. I don’t think we’ve seen each other since you guys knocked us out of the race for the state championship our senior year.”

I thought about that for a moment. “I think you’re right.”

Alex was built—all I wanted to do right now was feel up his biceps. His green eyes were as mesmerizing as ever. I’d had a hard time concentrating on face-offs against him because all I wanted to do was stare into his eyes and get to know him.

The one time I’d seen him away from a rink was during the summer between our junior and senior years. I ran into him at the mall. I don’t remember what we talked about, but seeing him in shorts, which exposed his muscular, lightly hairy legs, and how his t-shirt clung to his chest made that day perfect. It was jack-off material for months as I imagined what was under those clothes and what I’d like to do to him if I could get him naked.

“What’re you up to these days?” I asked, keeping the conversation appropriate as Trevor skated around behind me.

“I cover sports for the Free Press—Michigan and Red Wings hockey during the season and then whatever they assign me to in the off. What about you?”

“Working in sports marketing out in San Francisco.”

“It’s pretty good. We do a fair bit with the Sharks, so I like that part a lot.”

“I wrote about you quite a bit while I was interning during school. You certainly earned your keep with the Wolverines.”

My face got hot. I must have turned several shades of red. His eyes were working on me just like they used to, making it hard to focus.

“You play out west?”

“Hell yeah. As often as I can. I don’t think I’ll ever stop. What about you?”

“At least a couple times a week.”

“Listen, a friend of mine is having a pick up game Saturday morning,” I couldn’t believe I said that. This was an invitation to be flustered during the game, even more so than I used to be. “You interested?”

“I won a fair number of those.”

“Really?” He raised a red eyebrow in surprise. “That’s not how I remember it.”

“You want to try it right now?” I was setting myself up to fail. I was already loopy from seeing this man. The pressure in my cup was proof of that.

“You’re on.” He must have put his skates on in the locker room or lobby, because he immediately hopped over the boards. We skated towards Trevor, who was taking shots on the far side of the rink.

“Trev,” I called out, “let Alex borrow your gloves and come drop a puck for us.” He grabbed one off the ice and skated up to us at the center dot. “Trevor, this is Alex Goodman. He played for County.”

“Nice to meet you,” Trevor said, giving Alex a fist bump before handing over his gloves. “So, um, what exactly are you guys doing?”

“Proving to your brother that I can still beat him in a face-off,” Alex said.

“Ahhh. Best two out of three then, just to make it fair,” Trevor said.

“I’m game for that,” I said as I took position on one side of the dot. Stick on the ice, hunched over, ready to strike.

“Sounds good,” Alex said. He got into a similar position as soon as he was gloved up.

“This is just the face off, so whoever gets the puck off the dot wins,” Trevor said. “You two stay where you are after that and I’ll reset.”

Trevor held the puck over the dot. I kept my eyes on his hand, and away from Alex’s gaze. I felt Alex looking at me, but I had eyes only for the puck. Trevor’s hand twitched and then he opened it to drop the puck. As it was falling, I put my stick under Alex’s and lifted it off the ice. The puck landed flat and I swept my stick back, sending the puck behind me.

“I figure I had to give you one.” Alex’s eyes sparkled, which seemed impossible under the harsh rink lights.

“Keep telling yourself that.”

We set up again over the dot. Both anticipating, sticks banging against each other in the hopes of being in the right place when Trevor made the drop.

“It’s mine this time,” Alex said, just above a whisper—a damn sexy whisper. I wanted to hear him say more in that voice. I was slow to react when the puck dropped a second later. I was too caught up wondering what my name would sound like if he said it with that husky, low whisper. Alex easily won, knocking the puck to the side. “Told ya,” he said as we stood up.

“Okay, guys, third one decides it.” Trevor looked to me. “Come on, Mitchell, family honor at stake here.”

“Yeah, yeah,” I said, getting into position and focusing, or trying to focus anyway.

Alex and I got into a staring contest waiting for the puck. He had a relaxed smile, but an intense eye lock. What was going on in there? I didn’t remember the smile from our high school days; back then he was serious and stern. I held the gaze, but when the puck dropped I was ready. I scooped it away with the backside of my stick and skated backwards, carrying it away from the dot. Alex took off after me and we ended up in a speedier version of the keep away game Trevor and I had played earlier. I dodged to my right to open up space and sprint away, but Alex anticipated the move and I ended up plowing right into him. He was ready for the impact, staying upright, while I bounced off his chest and crashed to the ice.

He took off his glove to help me up. “Sorry about that. I figured you’d stop, not slam into me.”

No worries at all. Hell, that was awesome. Alex was as rock solid as he looked. I’d love to run into that again, except next time I’d hold on instead of bounce off. I accepted his hand to stand up and then wiped the ice off my sweatpants.

“Congrats on that nice move to win.”

“How about I buy the winner coffee tomorrow?” he asked as we skated towards Trevor. “We can catch up.”

“Excellent. How about seven o’clock at Jazzy Joe’s?”

“Okay. I’ll let you get back to it. I’m going to go run my sprints on the other rink. I’ll see you tomorrow, Mitchell.”

Alex skated off, hopped over the boards and headed to the other rink. I stood, watching long after he’d gone. Wow. I was going to sit across a table from him tomorrow.

“Drool much?” Trevor said, skating to a stop next to me.

“Shut up.” I shoved him away, causing him to get tripped up, but he recovered before he fell. “It’s coffee and catch up.”

“Keep telling yourself that, bro.” Trevor shifted from poking fun to more serious. “I saw how you looked at him… and how he looked at you.” Despite being younger, Trevor had a knack for making a point. “It’s been a while since you’ve had a date, Mitchell, so why not enjoy it?”

“Who said this was a date?” I asked, not wanting to drive up my expectations. “Don’t you imagine he’s dating someone, or even married?”

“We’ll talk when you get home and see if it was just coffee.” He scooted the puck out from in front of me and took off. “Catch me if you can, Mitchell.”


[icon set=’1′ id=’94’ title=’Sign Up for Email Updates’] My email updates give you the latest about upcoming releases, access to exclusive excerpts, news about events, giveaways and more. Enter your email address and you’ll only get one or two emails per month. Check out the email archive to see what I’ve been sending out.