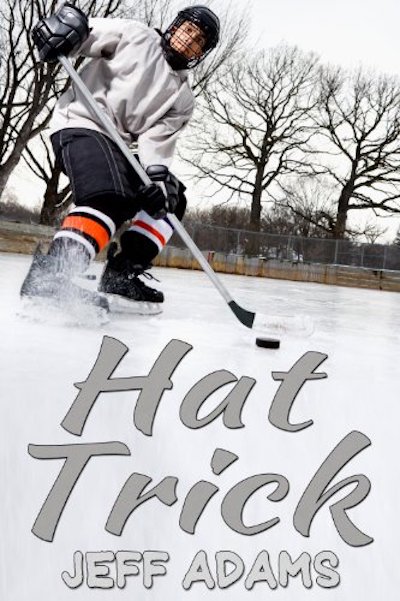 Simon Roberts’ plan for his senior year is simple — help his high school hockey team win the state championship and earn a college scholarship so he can get away from his dysfunctional family, especially his belligerent father and obnoxious older brother.

When the Central High Falcons open their season with an away game, Simon is forced to deal with the problem he’s struggled with for months — his crush on teammate Alex Miller. After the game that night, Alex makes an unexpected announcement — he’s gay, and in love with Simon.

Simon’s elated but scared to openly acknowledge that he’s gay, especially with so much at stake in their senior year. Now that they’re out to each other they have to decide what to do next. Should they date? Should they keep things between them secret? What about the team? Can Simon and Alex hide that they’re more than friends from the guys they spend so much time with?

Then a simple kiss is witnessed and their secret is out. The team and Simon’s family explodes as news about the gay hockey players quickly . The guys must figure out how to move forward with everyone watching. Being the center of attention was in no way part of Simon’s plan for the year.

Can Simon juggle school, commitments to the team, his new relationship, and an unexpected tragedy all before the end of the hockey season?

“I think this book will be a great addition to any YA LGBTQ library.” — YA Author Jeff Erno, TrueColorz.com where the book was put on its Honor Roll

We are seeing more and more examples of gay professional athletes in the media these days which makes Hat Trick a very relevant story of our times. — Jason, Joyfully Jay

“The hockey aspect was spot on & exciting. It was inspiring & romantic & just an amazing book!” – Scott McQuiston, Goodreads

“Anyone who enjoys YA romance should most certainly grab a copy of this and read it, I don’t think you will be disappointed in the least.” — Dallas Vinson, Goodreads

I didn’t want to go to the pool. I was exhausted. But I said what Leo and the team wanted to hear. We’d won the season opener, as predicted, so some celebration was called for.

“Man, that was a good game,” I said to Alex as I closed the door to our room.

Read more from Chapter One…