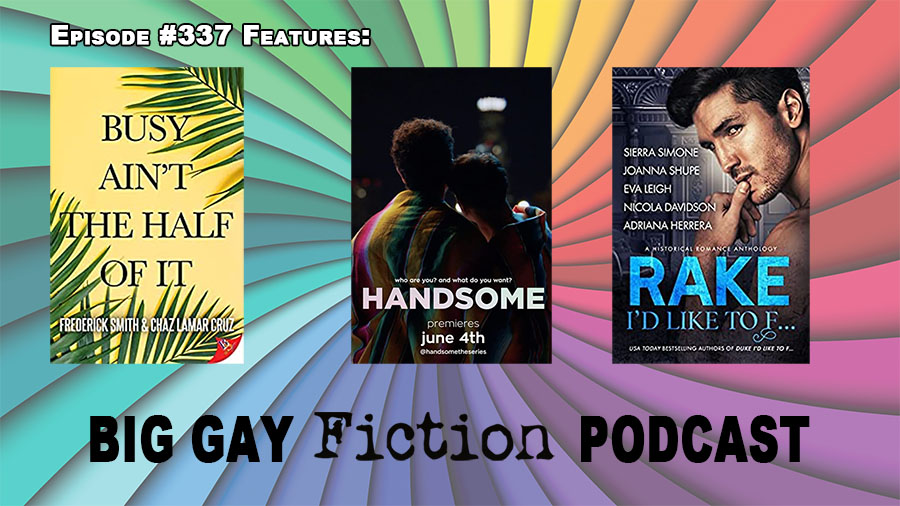 Jeff and I are thrilled to present a conversation that took place between authors Frederick Smith, Chaz Lamar Cruz and Adriana Herrera. The event was part of the book tour for Frederick and Chaz’s book Busy Ain’t The Half Of It. Adriana talked with Fredrick and Chaz about the book and their co-writing experience, including how the process changed since the first book they wrote together. They also discussed reading and writing books with Black characters, the importance of diversity in books and media, and the impact Lil Nas X has had on music and pop culture.

ALL the Books in October – BGFP episode 336 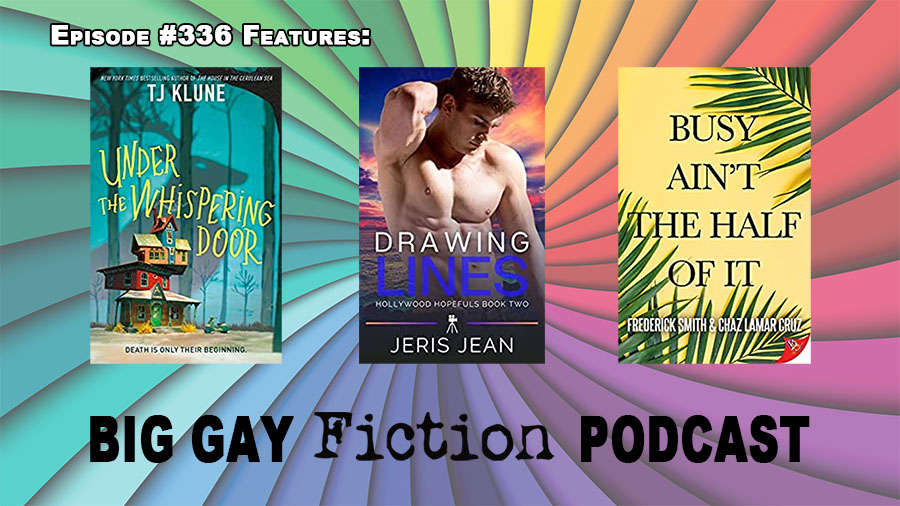 Jeff and I kick off the show with the announcement of the Big Gay Fiction Book Club selection for the month of October: This Is Not a Horror Movie by Sara Dobie Bauer.

We talk about four musicals they’ve watched recently: Diana on Netflix, Everybody’s Talking About Jamie on Amazon Prime, Come From Away on Apple, and Dear Evan Hansen at the movies.

Books coming in the first half of October are previewed (GAH so many AMAZING books!) including titles by Casey Cox, May Archer, Macy Blake, KD Casey, J.M. Dabney, Farhad J. Dadyburjor, Amiee Nicole Walker, and Briar Prescott. Jeff and I also review their recent reads: Under the Whispering Door by TJ Klune, Drawing Lines by Jeris Jean, and Busy Ain’t the Half Of It by Frederick Smith & Chaz Lamar Cruz.

Remember, you can listen and follow the podcast anytime at BigGayfictionPodcast.com. 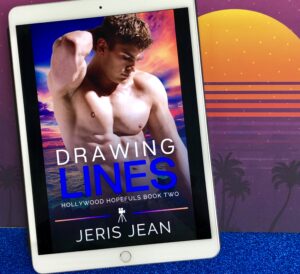 Hollywood lovebirds Greyson and Finn (who wet met in the first book of the series, Running Lines) are trying to help their friend Felix with his love life. Flirtatious Felix has always had feelings for Ethan (Grey and Finn’s agent). Ethan is young and smart and talented – and will surely run most of Hollywood someday – while Felix is the guy you ask how many squats to do for a tighter booty.

After helping Finn move in with Greyson, Felix and Ethan go for a walk on the beach and get to know each other better. They almost end the evening with a kiss, but Felix chickens out and gives him a bro-hug instead.

Not long after that, he sees Ethan at a sushi restaurant with a hot guy (don’t worry, it’s just a business meeting). But Felix’s overwhelming jealousy of seeing Ethan with someone else forces him to make a move, no matter how scared of rejection he might be.

They begin a text exchange. It begins as fun, turns flirty, and soon gets very sexy. After getting off (the sexting scene between these two is crazy off the off the charts hot) Felix asks Ethan out on a real date.

They go out to dinner, walk along the Santa Monica pier, and kiss under the colorful lights of the ferris wheel. On the surface they might not have much in common, but somehow, they just click, with the sweetest and most sincere chemistry. Felix loves spending time with Ethan’s family almost as much as he like spending quality alone time alone with Ethan (if you get my meaning).

In one adorably sexy scene, the morning after they’ve spent the night together, Felix comes back from his run with bagels and Ethan is so charmed by the simple domesticity of it all, that they got at it right there in the kitchen (it’s so flipping cute and ridiculously hot… like I said, chemistry).

As the holidays approach, Felix comes up with the perfect date night. They go to a special showing of Ethan’s favorite movie, ‘Love Actually’. Since Ethan secretly wants to be a screenwriter, this gesture means a lot. Later, Felix sets up a perfect Christmas eve date – tree, lights, good food, presents. It all feels so right that Felix says ‘I love you’ and they spend a blissful night together in Felix’s bed.

It’s not all smooth sailing though. Ethan’s confidence is shaken when he sees Felix training an equally buff and gorgeous celebrity client. His insecurities have him wondering what’s Felix doing with a guy like him?

His sudden hesitancy has Felix worried that he has regrets about the seriousness of their relationship (saying ‘I love you’ and everything). Thankfully, Ethan receives a good talking to from his sister and Greyson. They’re right, of course. But if he’s going to have a future with the man of his dreams, he needs to make some changes, starting with his job – he hates being a talent agent, and accepts a position as scriptwriter on the new tv show Greyson and Finn are creating.

Felix has been doing some thinking too. He’s not giving up on love without a fight. Taking a cue from Ethan’s favorite character in his favorite movie, Felix goes to see him and, in front of Ethan’s entire family, spells out his feelings with giant pieces of posterboard.

His heart belongs to Ethan, always has, always will.

Their happy/tearful reunion complete, Felix even mentions that he’s found the perfect place for them to live. Moving in together? That’s A-OK with Ethan. An epilogue finds our two heroes one year later hosting their first holiday gathering in their own place – packed to the rafters with friends and extended family. Afterward they go for a walk on the beach, just like they did that first night. Felix does something that, once again, proves that he is the undisputed king of grand romantic gestures. *swoon*

So, needless to say, I’m bonkers in love with this story and the Hollywood Hopefuls series. Greyson and Finn were romantic perfection in Running Lines, and Felix and Ethan are also a match made in gay romance heaven.

Though I will say that these two were really their own worst enemies. Each battled with a form of insecurity that, if this book were longer, would’ve been crazy annoying – you would’ve wanted to punch them in the face. But since Drawing Lines is the perfect category romance length (not too short, not too long) the characters quickly realize their mistakes and get back to the business of being the perfectly sexy romantic couple they were destined to be, which made me a very happy reader indeed.

One quick thing, though this story ends up taking place at the end of the year, I wouldn’t classify this (in the strictest sense) as a holiday romance. The season is an incidental part of the setting and isn’t integral to the plot. So, if you’re the type of reader who only reads Christmas books in November and December, don’t fret, I think this is a perfect read no matter the time of year.

Special shoutout to Iggy Toma who is the narrator of the audiobook. I’m a big fan and have been for a while, he’s just real damn good, and he’s doing a kickass job with this series.

So, in conclusion, if you’re a fan of feel-good contemporary romance, and you’re not reading Jeris Jean, you should be. Jeff and I really loved Running Lines and if you’d like to listen to our in-depth discussion of that book, you can check out the book club episode where it was featured. It’s available to listen whenever you’d like. And, to reiterate, I loved Ethan and Felix’s love story in Drawing Lines. The author has done such a good job with this series that I just might have to pick up book three even though I DO NOT HAVE TIME to continue a series.

UGH. The problems of a booklover. 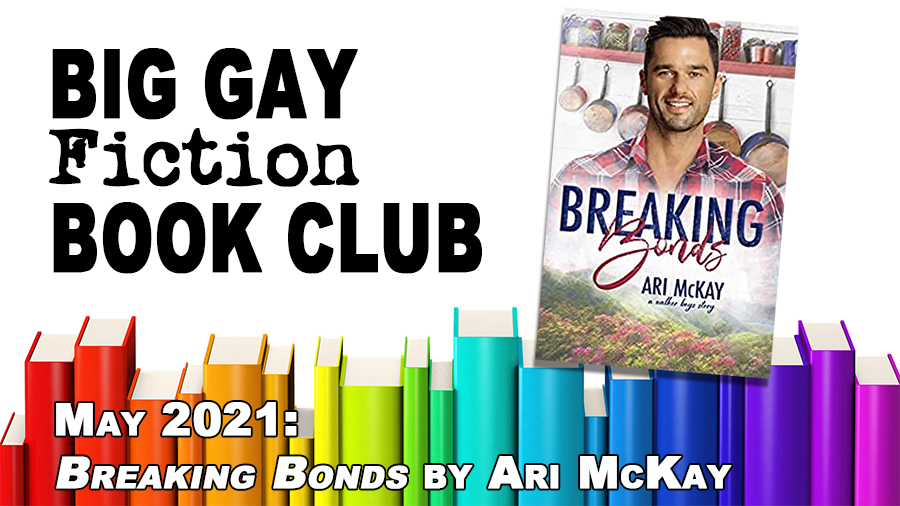 Jeff and I dive into the second book in the Walker Boys series from Ari McKay as we talk about Breaking Bonds, a charming, food-filled romance set at a rustic hotel. Can the resort owner and the big-time NYC chef find a way to make it work? As always, in our book club discussions there are spoilers ahead so keep that in mind if you haven’t read the book yet. 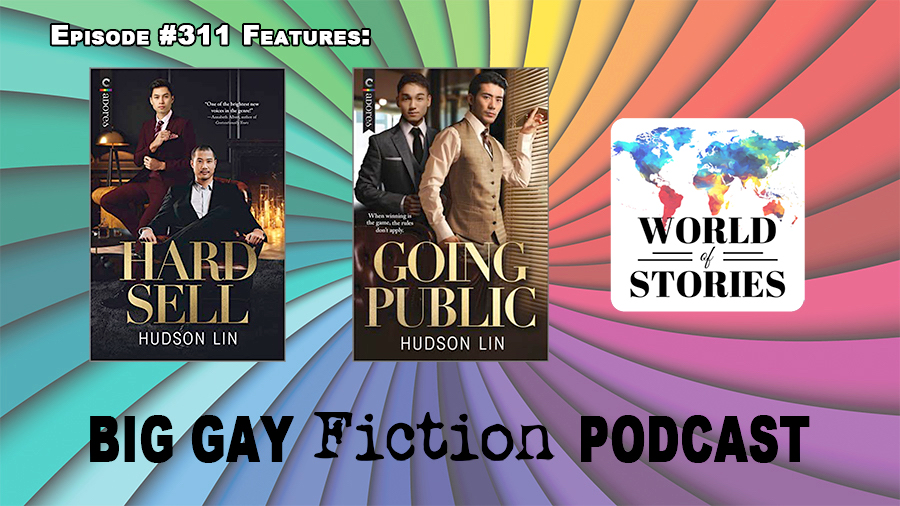 Jeff and I shout out the upcoming charity anthology Love Is All, which features several m/m authors (including Jeff) and benefits the National Center for Transgender Equality. Jeff discusses his experience of listening to audiobook narrator Kirt Graves record the Codename: Winger series for its release the summer.

I fill everybody in on Hudson Lin’s new book Hard Sell. Jeff interviews Lin, who gives us the scoop on the new book, and her plans for continuing the Jade Harbour Capital series. She also shares how she got started writing, her love of scenes involving food, and why romance is the best genre. We also learn about her World of Stories podcast and the Queers of Colour website. 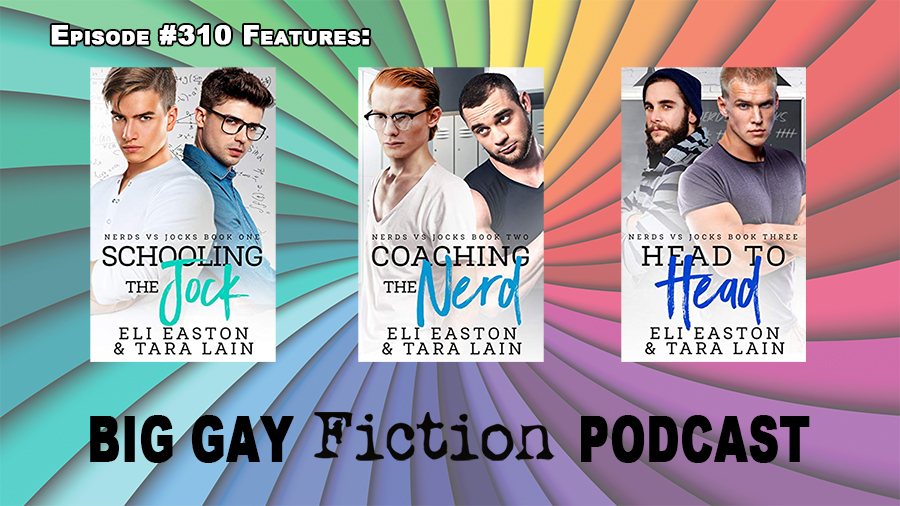 Jeff and I shout out the new FX documentary series Pride.

After Jeff reviews Coaching the Nerd, the second book in Eli Easton and Tara Lain’s Nerds vs. Jocks series, he chats with Eli and Tara. This is the first time either author has collaborated, and they talk about how they came together, figured out what the Nerds vs. Jocks series would be, and the stories each of the three couples would have. They also discuss what’s coming up next, including more co-written books, and some of the difficulties working solo again. Plus, they share a book recommendations.