It’s 85 degrees! It’s October! Where is fall? It was here for a little bit and it seems to have been taken over by a extended Indian Summer. As you can imagine I’m not happy with this turn of the weather. It looks like by mid-next week we’ll end up with highs in the mid-60s. I hope that’s the case. 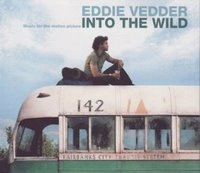 Into the Wild: The movie Into the Wild has been getting amazing reviews (Sean Penn wrote and directed the film that chronicles the journey 22-year-old Christopher McCandless took to Alaska, where he died after four months). Pearl Jam’s Eddie Vedder wrote nine original songs for the film, along with playing two covers and it makes one amazing CD. It’s a raw, acoustic album that is stunning. I’ve been playing it all week.

TV Update: TV keeps on rolling out. The DVR is full to the degree that it’s threatening to delete stuff on its own within the next couple days. I think we’ll catch up before it takes matters into its own hands. Here’s the new stuff I’ve seen this week. 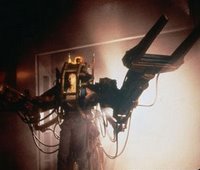 Direct Ripley: Is Sigourney Weaver having a financial crisis? While speeding through Flash Gordon to see those two minutes of Battlestar, I saw Sigourney shilling for DirecTV in a parody of her classic fight with the big bad alien from Aliens. The level of air brushing used to make her look 20 years younger is staggering and the ad is just plain stupid. Did James Cameron approve this? Did 20th Century Fox approve?

Notary Solved: I’m happy to report that the notary issue was solved by Tuesday afternoon. As I came off the subway Monday morning there was a sign inside the window of H & R Block indicating they had notary services. So that issue is behind us.

AeroGarden Rebirth: Our original planting of the AeroGarden gave its last harvest today, putting some yummy basil onto a pizza. The garden is only supposed to last three or four months, so it ran its course. Will replanted today with seven pods of basil… the international basil collection. In about a month we’ll be harvesting again.

A New Food Plan: I’ve been really lazy with work food lately. For about the last four months I’ve been eating salad with turkey or chicken on it (so that’s a pretty healthy meal) and then some sort of Lean Cuisine meal. That Lean Cuisine isn’t the best thing I could eat…usually too many bad carbs and not enough protein. I got to the point I didn’t want to spend a couple hours cooking (mostly due to a combination of laziness and other things to do). Anyway, I’m giving NurtiSystem a go. It’s food packed with protein and mostly good carbs, and easy to pack up and take to work. I started it mid-week and we’ll see how it goes. So far, it’s yummy… and way cheaper and healthier than going out to eat and costs me no time.