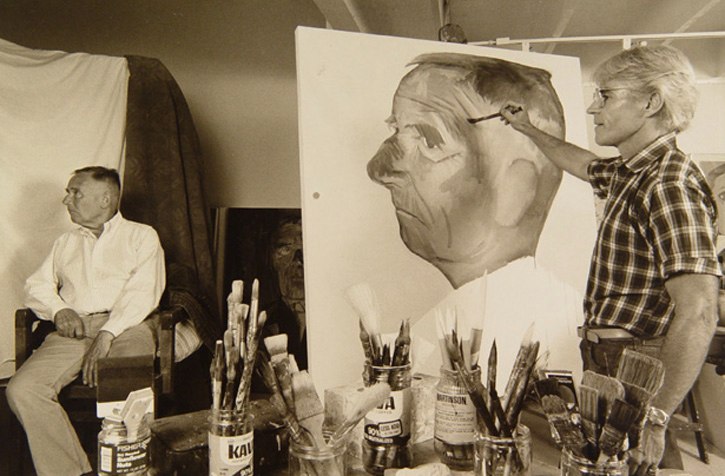 Chris & Don: A Love Story chronicles the 30 year relationship between writer Christopher Isherwood (who wrote Goodbye to Berlin, which became the musical Cabret) and artist Don Bachardy. The two met and fell in love in the early 50s and stayed together until Isherwood passed away in January 1986. The image above is Don painting one of his many portraits of Chris.

Their relationship was extraordinary. The lived as an out couple during a time when being out was far more difficult than it is today. The 50s and 60s, even in California where they lived, were not the easiest of times to be gay. Don, who is still alive today, recounts the story of their lives along with passages from Chris’ diaries and home movies the couple shot over the course of their time together.

Among the most endearing parts of the film is learning that they had developed characters to represent themselves. Chris was an old horse and Don was a kitty. For the film, some of these images come alive with animation. Seeing the animation with their voice overs was quite moving, especially at the end of the film as you understand that 20 years after Chris’ death Don is still just as in love with him.