The Sisterhood of the Traveling Pants 2 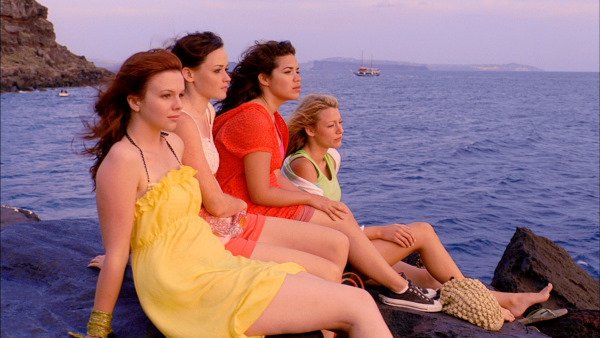 The Sisterhood of the Traveling Pants 2 made for a very enjoyable afternoon at the movies. I liked the first one a lot and the sequel lived up to expectations. The only glitch I felt with the movie is that the pacing wasn’t as fluid. There was a lot of back and forth between the various stories and at times it was hard to fully engage.

Each girl had their own story to tell: Tibby (Amber Tamblyn) is struggling with her script writing and ends up with a pregnancy scare; Lena (Alexis Bledel) is dealing with the news that Kostos got married; Carmen (America Ferrera) ends up spending the summer on stage instead of backstage where she thought she’d be; and Bridget (Blake Lively) discovers hidden secrets about her family. In addition to all that, the girls find themselves seemingly growing apart as their separate lives take hold.

Interestingly, the pants have a very small part in this film, although ultimately they have the most important role as all the girls end up in Greece. (I have to admit, part of me wanted to find Meryl Streep singing and dancing down the street in a bizzaro movie crossover).

Overall, the film was an excellent look at the summer of these four very good friends. It also had a great message about how great friendships endure through anything life can through at you.