It’s been quite the week for iTunes as I discovered some great new stuff there. 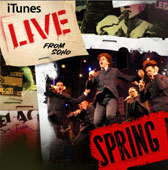 First up, Apple does a series of events at their stores and one of the recent ones involved the cast of Spring Awakening. The iTunes Live from Soho: Spring Awakening album features original cast member John Gallagher Jr., show writer Duncan Sheik, new cast member Hunter Parrish and others singing some of the best songs from the show. Particularly awesome here is Sheik’s rendition of “The Guilty Ones” and Gallahger’s “And Then There Were None.” This is a great buy for any Spring Awakening fan. You can check this out as an iTunes exclusive. 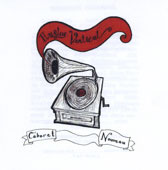 Next up is Huxley Vertical Cabaret Nouveau’s debut CD. This is an amazing jazz album that I found because I have a friend whose boyfriend is in the band. I’m never able to make their shows for one reason or another, but when the music hit iTunes I could finally take a listen. Sampling 30 seconds of “Early Chill” was all I needed to hear to download the entire album. The blend of the vocals with the awesome music is simply sublime. Another great song is “Missionary Man,” which pays tribute to the classic Eurythmics song while telling it’s own story. You can sample this CD at either CD Baby or iTunes. 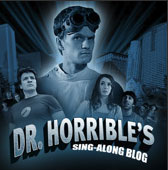 Lastly, the fantastic soundtrack to Dr. Horrible’s Sing-Along-Blog hit iTunes and I couldn’t be happier. This oddball superhero musical, created by Buffy The Vampire Slayer‘s Joss Whedon is sooo hysterical. Neil Patrick Harris leads the cast as Dr. Horrible with Firefly‘s Nathan Fillion as his arch nemsis Captain Hammer. I’m not going to ruin the plot of this wonderful short film, but it says a lot that the first song is “My Freeze Ray.” Check this out at Dr. Horrible.com or iTunes. If you haven’t seen the 30 minute film, it’s also available via the Dr. Horrible website and iTunes. It’s one of the funniest and original takes on the superhero genre I’ve ever seen. The casting is dead-on too. You’d never imagine Harris as the bad guy, but he plays it so well! If you’ve seen Buffy’s musical episode, that gives you and idea what you’re in for here.