We spent Christmas evening with Billy Elliot: The Musical. The show was everything the critics said it was (as in BRILLIANT) and it was the perfect topper to a lovely Christmas day.

I loved the original Billy Elliot movie and have looked forward to this show since it opened in London in the spring of 2005. The musical is written by the film’s screenwriter, Lee Hall, and directed by the film’s director, Stephen Daldry, along with a score from Elton John. The story is the same as the film: With the lengthy British miners strike of the 1980s as the background, Billy discovers his talent for dancing while he’s supposed to be taking boxing lessons. He continues to take lessons even though his family and the community don’t quite understand this boy who wants to dance.

We saw Trent Kowalik in the title role tonight (there are three boys who alternate in the role of Billy) and he was outstanding. The show made a perfect transition from screen to stage, actually opening  up the story so the miners strike pretty much gets equal time with Billy’s story. There are some stunning juxtapositions between Billy becoming a better dancer and the miner’s strike circumstances becoming more dire.

My favorite scene of the show is in Act II when Billy dances with his adult self. It starts simply as the two mirror each other, but then builds with them dancing together with the younger Billy wired up and flying through the air. It was quite moving, especially when Billy’s dad comes in and sees how good his son dances. 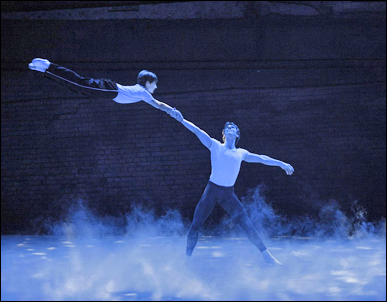 I had wondered how the show was going to pack the emotional punch the end of the film has (where Billy’s father goes to the ballet to see his son in the lead of Matthew Bourne’s Swan Lake and in that moment he gets exactly why Billy dances). This scene between young and adult Billy packs that punch and the some. Not only does Billy see his future, his dad finally understands.

The show is, of course, quite moving overall as it’s all about following your dream, not comforming to what everyone expects from you and (perhaps most importantly) being yourself. I expect it will have a long run on Broadway (even in these difficult ecconomic times with so many shows closing in January… the miner’s hardships actaully mirror some of the present eceonomic strife) and rack up quite a few Tony nominations and awards this spring.

Here’s a look at some of the extraordinary dancing the actors who play Billy have to perform. This is Kiril Kulish as Billy performing “Electricity” from a recent episode of The View. 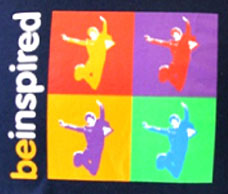