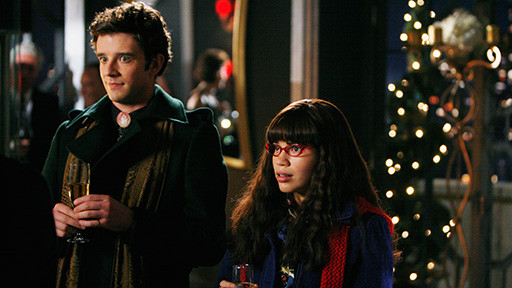 I don’t know why I bother with ABC any more. First they knock off Pushing Daises and Dirty Sexy Money without finishing the runs of the shows (that’s right, the network hasn’t said when or if the shows will air their final three episodes).

Yesterday word came from Entertainment Weekly‘s Michael Ausiello that they’re taking Ugly Betty off the air starting March 26 to air Samantha Who? and In the Motherhood (a new Megan Mullally-Cheryl Hines comedy). Ausiello points out that if those two shows do well and aren’t yanked off the air, Betty won’t be back until June. It seems pretty dire to me that ABC wouldn’t air one of their key shows during sweeps… are they trying to kill Betty off permanently?

Someone needs to teach ABC how to program so show’s can succeed. I didn’t even know Samantha Who? was still around, much less poised to take away a show that was supposed to be a centerpiece of ABC’s lineup.

Anyway, I know Thursdays at 8, after March 26, will be all about Smallville. Usually that gets the DVR treatment in favor of watching Betty live. With no Betty, Clark Kent will get my undvidied attention.