The morning started with a nice snowfall, an inch or two fell between 7 and about 10:30. I was in midtown around 11 and they were clearing it fast up there for tonight’s Times Square madness. Here’s a few pictures shot downtown this morning around 9. I suspect anything else that falls today will be rain, so it was nice to get this bit of snow to cap off 2009.

Will isn’t a fan of the snow, so he made a face even though he looks adorable with snow in his hair. 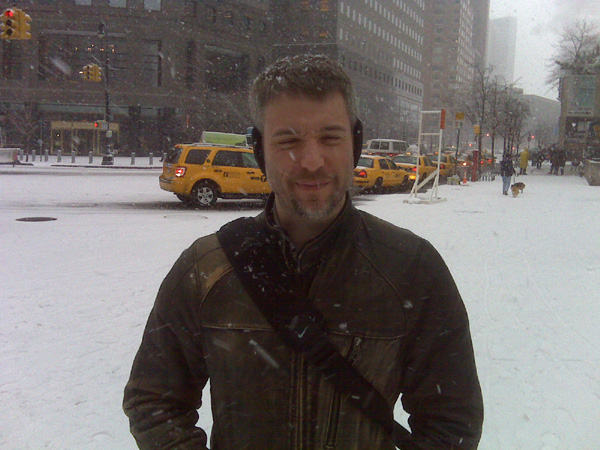 This is the Christmas decorations in the courtyard of our building. 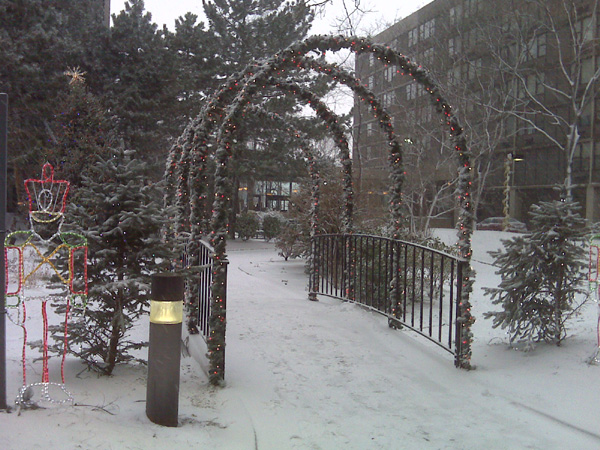 And just some nice fencing and tress at the park near our place. 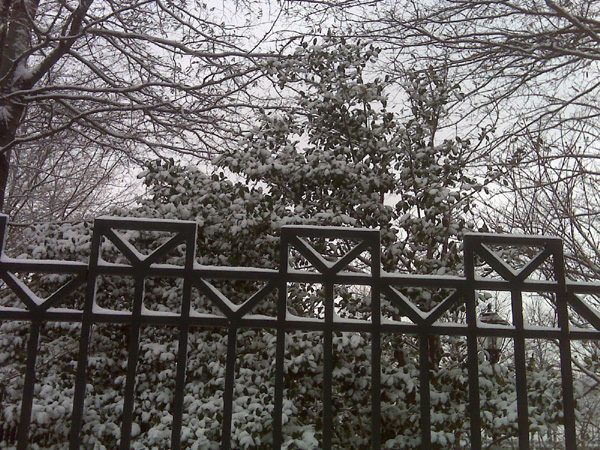