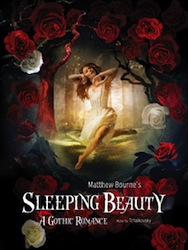 I’m a huge fan of Matthew Bourne’s Swan Lake and when I heard the last of his Tchaikovsky trilogy was playing in NYC for a week I jumped at the chance to buy tickets. That he was taking Sleeping Beauty and morphing it into a gothic romance made it even more exciting.

We’ve seen American Ballet Theatre’s classic take on Sleeping Beauty twice and it’s gorgeous. Bourne’s vision however tweaks the story we all grew up with in fairy tales and have seen in cartoons, movies and on stage and puts a modern, gothic twist on it.

The basic story is the same. The childless king and queen can’t have a child and get help from a fairy. When they don’t offer thanks to the fairy, a curse is placed on the child. By the time Aurora comes of age, the fairy has died but her son, who is infatuated with Aurora sees to it that the curse is carried out. Aurora’s love, Leo, the castle’s royal gameskeeper, is distraught as she falls into sleep. The leader of the good fairies turns Leo (is he a fairy? a vampire? a vampire fairy? I have no idea) so he can live until she awakens. 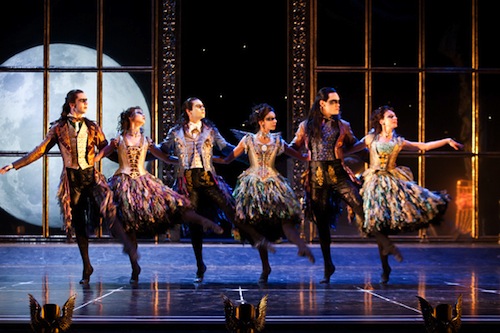 Of course, in the end, good must triumph over evil, and Leo is reunited with Aurora and they live happily ever after… as fairies, along with a fairy child that they have. All of that happens after an epic battle to vanquish the evil. 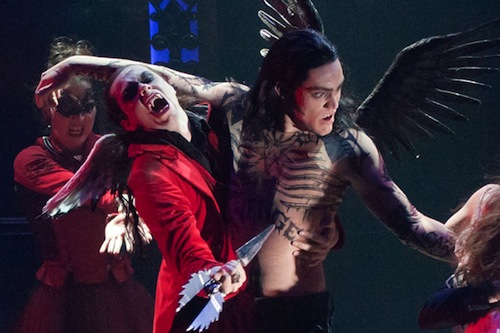 Hannah Vassella and Dominic North were excellent as Aurora and Leo. Their dance of love in the first act was exquisite and they had great chemistry together. Leo’s rescue in the second act was harrowing and their dances in the second act were full of longing for each other and romance. I liked Bourne’s tweak to the story to have Aurora in love before she goes to sleep. It does up the stakes in a way that pushing the love story into the second act after she wakes up doesn’t quite pull off. 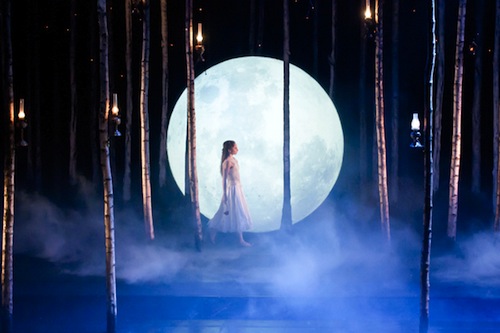 It’s also great how the story is moved up to start in 1890 with the birth, the jumping to 1911 for Aurora’s birthday party and then moving to near-present day (2011) in the second act. That brings some fun, present day sensibilities to the final scenes. There was also some excellent puppetry work in the show with a baby Aurora that fully interacted with the cast. It was a nice touch that brought early life to the princess.

Bourne’s Sleeping Beauty was a great way to spend the afternoon.