‘Dinah East’ is the Citizen Kane of Transvestite Melodramas 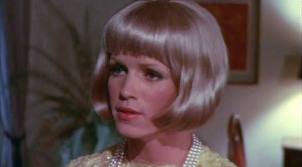 The headline above isn’t just hyperbole, at the beginning of Dinah East the title character inexplicable drops dead and the rest of the film is an exploration of her life (told in flashback) by the people who knew her best. This odd little flick from 1970 is hard to describe. Try to imagine a glamorous Douglas Sirk drama from the 1950’s (but on a shoestring budget) and mix it with the relaxed 1969 “free love” attitude towards sex and nudity and you’ve got Dinah East. The thing I love most about the movie is that its tone is completely serious and there’s no winking at the audience. Every performer is completely earnest and utterly sincere in their portrayals, which in turn makes Dinah East a must-see camp masterpiece!

NSFW warning. There is some very brief nudity in the featured trailer, but it’s not particularly salacious.