I knew the film adaptation of The Normal Heart would be good. I didn’t know it would be able to pack the same sort of emotional wallop the 2011 Tony Award-winning stage adaption did. The Ryan Murphy-helmed film far exceeded my expectations.

First off, he assembled a fine cast. Mark Ruffalo was outstanding as activist Ned Weeks. I wasn’t sure Joe Mantello’s fiery stage performance could be topped, but Ruffalo made the role his own. He hit just the right notes as the man trying to wake everybody up to the plague that no one, gay or straight, wanted to pay attention to, while at the same time losing the love of his life to the disease. As Week’s lover, Matt Bomer was intense as he wasted away before the viewer’s eyes.

Jim Parsons reprised his role from the stage and had some great new scenes here. Taylor Kitsch was a surprise as Bruce Niles, a closeted military man who Weeks presses into service to help lead the fight. I’ve never seen Kitsch in a role as dramatic as this one and he was excellent. Julia Roberts was in full drama mode as the polio-stricken Dr. Emma Brookner, who was on the front lines of the crisis as the doctor who worked on some of the very first AIDS cases. While Roberts was good in the role, however, she was eclipsed by Tony Award winning Ellen Barkin who played the role on stage. Barkin’s rage at being denied grant money is something that I remember to this day and Roberts just didn’t hit that pitch.

I was glad Joe Mantello turned up in the film, this time as health department worked Mickey Marcus. He got into some intense discussion with Ruffalo’s character and I wouldn’t be surprised to see him Emmy nominated for his role here (he was Tony nominated as Weeks in 2011).

As pride month begins today, this is an ideal movie, albeit a difficult one, to watch. There’s a lot of history here since screenwriter/playwright Larry Kramer lived through this (Ned Weeks is Kramer). It’s a history young people need to know so it’s not repeated. It’s sad that decades later, AIDS still afflects so many and that there are still so many people around the world who persecute, bully and try to make life difficult for LGBTQ people. Perhaps viewing The Normal Heart can change some hearts. 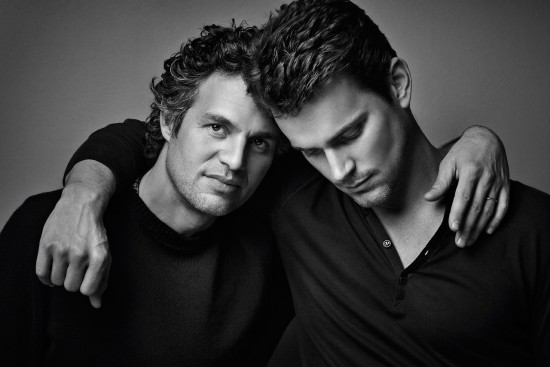