It’s Only a Play 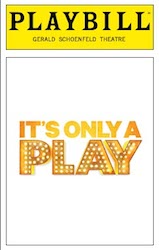 Shortly before we left NYC in early July, I started seeing posters for It’s Only a Play, which was scheduled to play a limited run starting in October. I was sad to miss it. First because it’s a Terrece McNally comedy. Second because of the cast: Nathan Lane, Matthew Broderick, F. Murray Abraham, Stockard Channing, Megan Mullay and Rupert Grint. Casting doesn’t get much more stellar than that.

Well, October arrived and Will and I found ourselves in New York this week. Luckily, we managed to snag tickets to this event show.

The plot is simple: it’s opening night of a new American play on Broadway and everyone’s gathered for the opening night party to await the reviews.

Broderick is the playwright hoping to turn his off-Broadway success into Broadway success. Mullay is the first time solo producer backing the show. Lane is Broderick’s best friend who left theater to star in a long running sitcom. Channing is an actress coming back to Broadway after a stint in rehab, and currently on parole. Grint is an eccentric British director. Abraham is a venomous critic crashing the party. Also on hand is Micah Stock, making his Broadway debut, as a young man just arrived in the city and having his first job taking guest’s coats.

Everything happens in the producer’s bedroom as the party guests hide out from what’s happening downstairs. 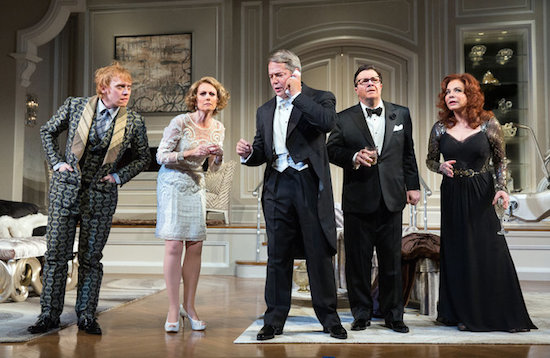 The script drops names, and shows, all over the place. Taking good natured jabs at people like James Franco, Rita Moreno, Daniel Radcliffe (to name just a few) and some not so good natured shots at the powerful New York Times critic Ben Brantley among others. Most of these got belly laughs from the audience, but a couple times the audience gasped in surprise. For example, Mullay’s character doesn’t produce musicals, because (to paraphrase) “after Mamma Mia was a success, why bother.” I laughed and clapped at that one since it is one of the more distressing musicals to have found hit status.

The show is also a love letter to American plays and why their important. Broderick has several nice siloquys on the subject and the audience sounded their approval with applause.

The cast was spot on as you’d want them to be. I was glad that Nathan Lane wasn’t replaying his Producers persona, which he seems to fall into a lot. He even had some zinger lines that were self referential. Megan Mullay was a hoot as the ditzy producer with some awesome nonsensical lines. Broderick seemed understated at times, but delivered the poignant moments he needed to. Stockard Channing was magic to watch, especially some of her subtle reactions to the things going on around her. Rupert Grint was manic as required, but sometimes too much so which also made him hard to understand. 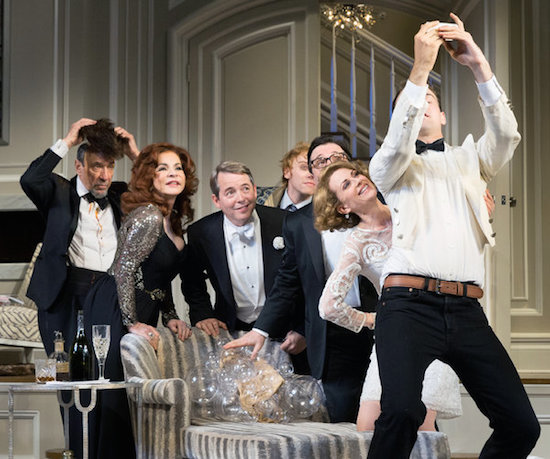 Two special shoutouts have to be given. F. Murray Abraham was hilarious. This was a role unlike any of seen him in previously. I had no idea he had such comic chops. Micah Stock also was delightful as his Gus attempts to learn everything possible from the assembled party goers. His “Defying Gravity” moment was priceless.

While the plot of waiting for the reviews, and then reacting to the reviews, runs a bit thin at times, the comedy more than makes up for it.

If you’re in NYC while this show is running, try to grab a ticket and prepare to laugh out loud for two and a half hours.