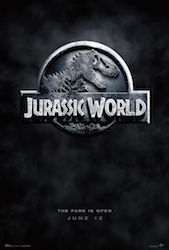 Finally a sequel to Jurassic Park that is worthy of its parent. Lost World: Jurassic Park was ridiculous as it brought dinos to the US mainland. Jurassic Park III was a good adventure, but still paled to the original. With Jurassic World the franchise seems to have forgotten about the other the middle two sequels and (unless I’m mistaken) only makes references back to the first.

You’ve got the usual kids on vacation/kids in peril, which is done well here. The kids, brothers played by Nick Robinson and Ty Simpkins, are tons of fun, on their own and when they’re with adults. It was nice to see they got some good brotherly bonding in too.

Chris Pratt’s on hand as a dino trainer. He’s managed to get dangerous raptors to listen to his commands and act like he’s their alpha. An evil branch of InGen wants to take that ability and deploy dinos as controllable weapons (the military application is the weakest parts of this story).

And, of course, the major plot everyone wants to see is a dino rampage and you get that courtesy of a big, bad, new genetically created dino that is smart, fast, can hide well. It’s one of those you have to wonder what they were thinking when they did that. But when it gets out of its pen there’s complete chaos and it’s a lot of fun to watch. Particularly awesome is where the brothers hang out for a bit as the avoid being dino lunch. 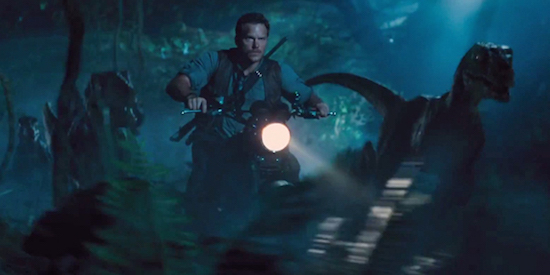 The final battle, from the time Pratt get on his motorcycle to lead the raptors is pretty awesome in the back and forth between man and animal.

I had a great time with this movie. It hit all my expectations and lived up to its trailer as a fun summer movie. I’m a little leery they’ve left this open for another sequel and I’m not too keen on that setup. Given the weekend box office this pulled it, I’m sure they’re already wanting it out for 2017… we’ll see how that goes. In the meantime, get your ticket to the park and enjoy the ride!