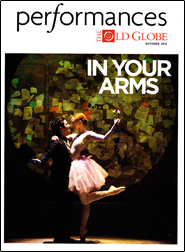 While we were in San Diego for GayRomLit, we took a break from the conference to see the world premiere production of the dance musical In Your Arms. The production, conceived by Christopher Gattelli and Jennifer Manocherian features the work of ten playwrights–Douglas Carter Beane, Nilo Cruz, Christopher Durang, Carrie Fisher, David Henry Hwang, Rajiv Joseph, Terrence McNally, Marsha Norman, Lynn Nottage and Alfred Uhry–whose stories are told through dance. The music is from Tony Award winner Stephen Flaherty with lyrics (in the few instances lyrics were used) by his long time partner, and Tony winner, Lynn Ahrens.

The mix of talent, under the direction and choreography of Gattelli (a Tony winner for his Newsies choreography), was extraordinary.

Among the many treats in this show was it marked the first time seeing the legendary Donna McKechnie, a Tony Winner from the original cast of A Chorus Line, on stage for the very first time. Ryan Steele, a favorite (and dance crush)  since I first saw him in Newsies, had a featured role in one of my favorite vignettes of the evening. It was awesome to see Jonathan Sharp on stage again. I first saw him in the 2000 Broadway revival of The Rocky Horror Show and then in the ill-fated 2002 Dance of the Vampires as well as the 2001 installment of Broadway Bares. Jess LeProtto, a season eight So You Think You Can Dance contestant and Newsies dancer, was also on hand. Sadly, Henry Byalikov, a pro from Dancing with the Stars who is another major dance crush, was out of the show with an injury. 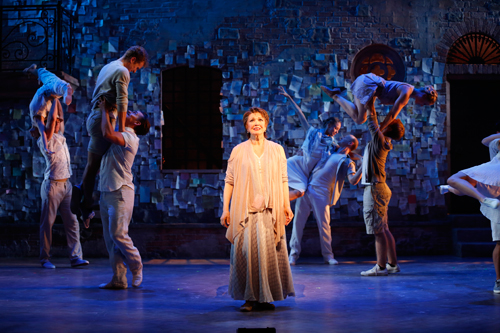 Among my favorite segments of the evening were the following:

Lowdown Messy Shame by Carrie Fisher. Here, Fisher herself was a character and shown as she was writing the play. However, each time she’s distracted from writing, the characters are trying to re-write the love story into the pairings they want. Jess LeProtto and Samantha Strum were excellent in this number (and it’s a picture from this number that’s on the cover of the Playbill above.

A Wedding Dance by Lynn Nottage. This was a devastating dance performed by Marija Juliette Abney and Adesola Oskalumi. In the story the two are married, but later they are attacked and the girl is raped and beaten and it’s rather unknown at the end of the newlywed’s relationship will survive. It was powerful and disturbing. 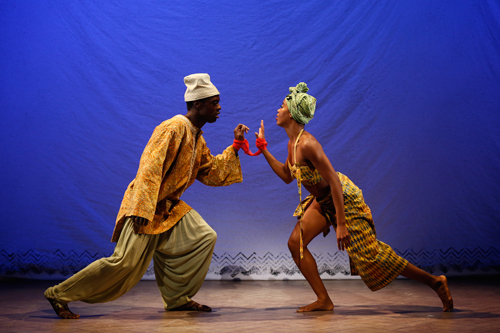 Artists and Models, 1929 by Douglas Carter Beane. In a time where homosexuality was frowned on, the artist (Jonathan Sharp) and his model (Ryan Steele) fall in love but can’t be together and end up married to women. Years later they see each other, dance together again but end up separated again by fate. 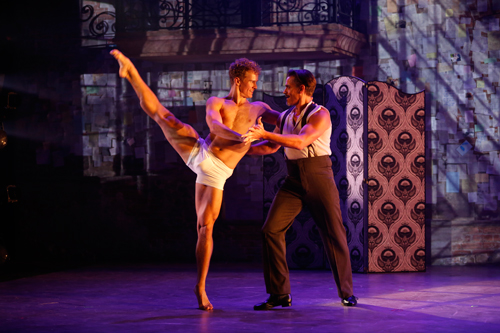 White Snake by David Henry Hwang. A fascinating tale about a high strung business executive and some of the hallucinations he has. This had some amazing ninja choreography in it.

Intergalactic Planetary by Rajiv Jospeh. It’s exactly what it sounds like… a relationship between an earthling and an alien. It was beautiful, and a touch sad.

In Your Arms finished its engagement today. Hopefully it will have a life beyond The Old Globe. It reminded me a lot of the 2000 Tony Winning dance musical Contact with its different vignettes and settings. It was a wonderful evening of dance and I would definitely see it again if I had the chance.