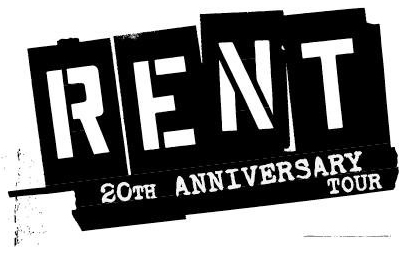 It’s hard to believe it’s been nearly 20 years since I first heard music from Rent. I was living in Humboldt County, just like I am now, and during the spring of 1996 it was all the buzz coming out of New York. The internet wasn’t like it is today though–no YouTube for example–so what I could see came from TV. “The Rosie O’Donnell Show” had the cast on as it opened on Broadway in April. The Tony Awards celebrated the show as it won a number of awards, including best musical.

In August 1996, the original Broadway cast recording was released and I ate that up. I remember going on my lunch hour from where I worked in Fortuna to the mall in Eureka  to get the CD and it was an incredible listening experience. Finally seeing the original cast at the Nederlander Theatre in September 1996 was one of the most epic nights in the theatre I’ve had to this day.

Over the years I’ve seen the show a number of times–on Broadway, off-Broadway (in a 2012 re-staging by original director Michael Grief), on tour and done by a Brooklyn-based theatre group. I always love it and it’s still something that, 20 years on, still feels fresh and vital. 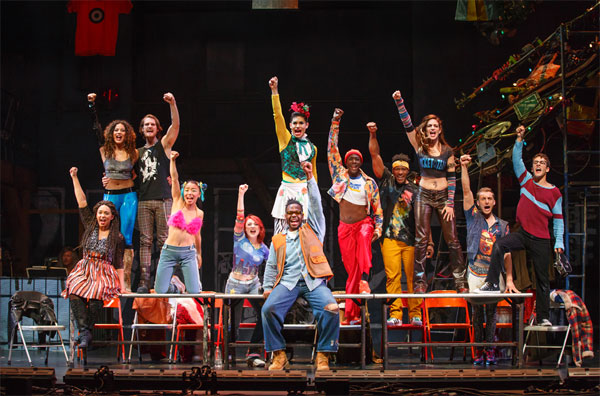 I was psyched when Humboldt State’s Center Arts series announced the Rent 20th Anniversary Tour was coming to play at the University’s theatre. I was lucky enough that our friend Clint put in our order for tickets with his season ticket order so we got to purchase before single tickets went on sale. I may have gone a little crazy and picked up tickets for both nights of the run.

The tour uses the original set design and costumes (with maybe some small differences). The cast is all in top form, which made me so happy. Over the years there’ve been times where some of the cast isn’t up to my expectations. Across the board this cast completely inhabited the show and brought their own takes to the characters. Some particular call outs in the cast include Kaleb Wells as Roger, Danny Harris Kornfeld as Mark and David Merino as Angel. Well’s Roger seemed angry, a lot, at his situation. I’ve never seen a Roger like that and it was an interesting take on the character. Kornfeld’s Mark had an interesting playfulness at times that was enjoyable. Merino’s Angel was solid, but what drew me to his performance was some of the business he had going on in the background–a touch, a look at another character as if trying to comfort. He wanted to be everyone’s angel.

It struck me, as I sat in the theatre waiting for the performance, that it was interesting I was back in Humboldt. Will and I first saw Rent on Broadway in ’96, as I mentioned, while we still lived here. It was just two years later we moved to New York. We stayed in the big city for fifteen. Now as Rent turns 20, we’ve been back here for over two years.

Meanwhile, even though the musical is rooted in the mid-90s, so much of it resonates today. AIDS is still an issue. Gay, bi and trans people still fight to feel safe and to hang on to the equality we’ve got. Many of the lyrics hit home in these Trump times, especially the ones about measuring your life in love.

Yes, I had an amazing time last night. I’m looking forward to going back tonight and sharing with Will and other friends.