“Flipping For Him” Goes Paperback… and Audio 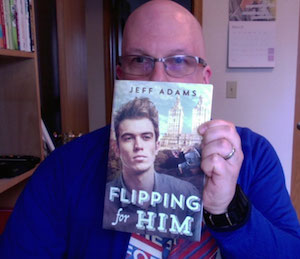 Flipping for Him became available in paperback this week (from Amazon and Createspace…other retailers, like B&N will have it in a few weeks.

This was another great experiment for FFH as I worked with my cover designer to create the paperback cover (after all, the look of the back cover is important) and learning how to format the interior of the book myself. The cover part was easy. Formatting the interior was a bit frustrating at times because it involved working heavily with Microsoft Word, which is not one of my favorite things. Now that I know the right settings, however, I’m hoping I can translate those into Scrivener to better automate the process.

I’m extremely happy with the way the paperback looks and I’m glad I got them produced in time to have at Rainbow Book Fair in NYC next month (more on this trip coming up soon!). 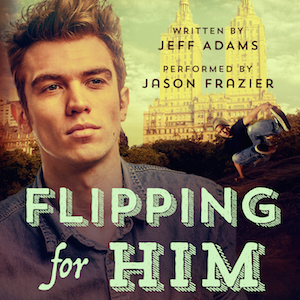 Another new adventure I’m having with FFH is audio. I’ve considered audio books for several months now as I watch other authors in the gay romance genre charge forward with them. I’ve read up on the business behind them too, with Simon Whistler’s Audiobooks for Indies, and FFH seemed like the perfect book to test the waters.

FFH is a good test case for me because it’s a novella, so it’ll cost less to produce than Hat Trick, which is nearly three times as long. I’m also thrilled to be working with Jason Frazier on this. He’s performed some top-selling audiobooks and I think he’s going to be a great voice for Kevin and Shin.

I expect the Flipping for Him audiobook will show up on Audible, Amazon and iTunes in June.