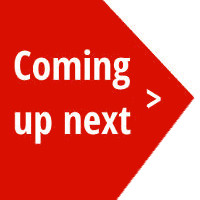 September was a great month as Hat Trick 3: Penalty Shot and Hat Trick Overtime: Reunion released. I’m thrilled the books were so well received by HT fans and that the consensus seems to be that I gave a satisfactory conclusion to Simon and Alex’s story.

While I have released other books between the HT stories, now I’m looking at a coming year where Simon and Alex won’t be the prime focus, though they will still play a part.

Here’s a look at what’s coming–both immediate and  into 2016. Some of this I’ve talked about on the HT3 blog tour, but I don’t think it’s been all in one spot. So here we go!

In the coming months… short stories rule: For the holiday season, Holiday Hotel Hookup will be part of Dreamspinner’s Advent Calendar. It’s a sexy story about Martin, a IT specialist, who ends up away from home working with a client over Christmas. He meets Jose on a hookup site and suddenly the holiday looks like a lot brighter for them both. I’m in edits with Dreamspinner right now for this and as soon as I know the release date information I’ll pass it on.

In February, I’ll publish my first story with Pride Publishing. A Sound Beginning features Harry, a San Francisco based voice-over artist who is having a recording studio built is in loft. Diego, his contractor, catches his eye and soon the two are figuring out if they might have a future that’s something more.

Hat Trick’s Leo & Matt on deck: Since Hat Trick came out in 2013, people have been asking for Leo and Matt’s story. This is the primary project I’m working on now and it will be done before the end of this year and likely out in February or March. Of course, Simon and Alex show up here, as will others from the HT universe. The story takes place as Leo and Matt face at crossroads at their 10 year anniversary, which means this book will be timed to take place about five years after Hat Trick 3. While the story is in the future, there will be nods to their past that have not been revealed in previous books.

A Rainbow High Book: For those who’ve read Hat Trick 3, Rainbow High is the youth hockey team that Simon and Alex coach in that book. I’m planning a story that focuses on Scottie, Bryan, TJ along with a new player to the team. As you may know, while writing HT3 I eliminated a character from Rainbow High because there were too many stories vying for attention. So with this book, I can focus on Scottie, Bryan and TJ to tell more of their stories, and bring Sean back into the picture as well.

I’ve made some notes on this book but there’s  more to do before I can write it. I know this book will pick up in the fall for Rainbow High’s second season on the ice. For those who’ve read HT3 already, that means it’ll begin about six months after chapter 42 and four months before the epilogue. There’s research to be done for the book as TJ will be making some decisions about his future. Plus I need to figure out the overall plot of the book to connect the character’s individual stories.

The tough part, potentially, for this book is that it’s possibly not a romance. The HT Trilogy had Simon and Alex’s romance at the core. Leo and Matt’s book also has a romance at it’s heart. I’m not sure about this one since there’s going to be tough stuff going on for some of the teens. We’ll see how this pans out.

Co-Writing Opportunities: This will be fun. I’ve never co-written and there are two projects on the horizon for 2016. I’m a huge fan of Wade Kelly and we’re sitting down while we’re at GRL to hopefully map out a book we want to write. I pitched her a high-level plot over breakfast at Rainbow Book Fair back in April, and we’ll see what we can make of that–or something else–during our time at GRL.

Also, Elvis Murks, a long-time friend, writer and awesome beta reader/editor, are looking at collaborating on a sequel to Flipping for Him so that Kevin and Shin’s story continues. We’ve made some loose notes about where that story can go, now we’ve just got to get our schedules to align.

New YA Series: An idea hatched at GRL last year and I’ve been nursing it ever since for a series of YA books about a high school hockey player/computer genius whose got some major secrets going on in his life because he works for a spy agency. I’ve got plot synopses done for four books in the Codename: Winger series and I’m super psyched about these stories. I’ve already started to write some stuff to get Theo’s voice down and I’m liking it a lot. Depending on the scheduling for the co-writing books, I’m planning to write book one after Leo & Matt’s story. I’ll talk more about this when this becomes my primary project.

So that’s how things look. Hopefully you’re as excited about what’s ahead as I am.