Now, let’s find out how Jordan answers the twelve questions. 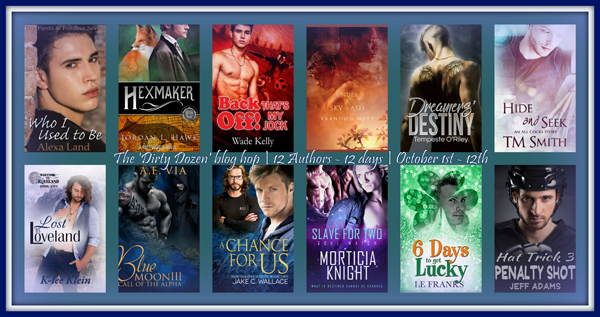 Thanks so much to Jeff Adams for hosting me as part of the Dirty Dozen GRL Blog Hop! This will be my fifth GRL and my fourth as a Featured Author. This year, Z.A. Maxfield and I will be hosting Book Boyfriend Bingo Thursday October 20, 3:30-4:20 pm, so stop in and see us! 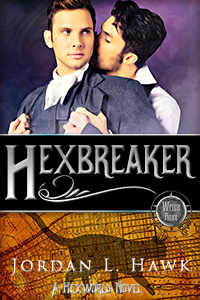 TM: If you could spend the day with one of your characters, which one would it be, and why?
Cicero from Hexbreaker, because he knows where all the fun parties are.

Jeff: What are you working on currently and what’s it’s inspiration?
I’m currently working on Undertow, an f/f novella set in the universe of my Whyborne & Griffin books. I decided to write it after Whyborne’s secretary and sister met in Maelstrom and had an unexpected chemistry.

Wade: If the lead character in your current novel were to read your other books, which one would be his/her favorite and why?
I think Maggie Parkhurst would like Hexbreaker, because she likes romance and cats.

Jake: If all of your MCs were thrown into a strange and dangerous world where survival relies on ingenuity, creativity, common sense who would come out on top?
Considering they’re constantly fighting monsters and magic, I’m not sure any of my characters could handle an even stranger or more dangerous world than they already live in. I guess Gray from my SPECTR series, not because he’s ingenious or creative, but because he’s pretty indestructible. And he’d insist he has more common sense than any mortal, so he’s got one out of three, anyway.

Brandon: What musician or album do you think people should listen to as they read your work because it fits the soul of your words (either a specific title or your writing in general)?
Five Finger Death Punch is probably the best represented single band on my various writing soundtracks, so I’d suggest them. Especially for the Whyborne & Griffin series.

Morticia: If you could be one of your characters and live their life, who would it be and why?
Probably Malachi from Hexmaker, because though I make him deal with all kinds of awful shit, at least he gets to live in a luxury apartment with Owen.

Tempeste:  If you could be a fruit, any fruit, which would you be and why?
A peach, because they’re my favorite.

Jordan: What is the thing you enjoy most about gatherings like GRL?
Being able to hang out with readers!

LE: What is the most vivid romantic moment from any film that has lingered the longest and meant the most to you…. and why?
I don’t watch many films, and the ones I do watch usually have more explosions and less romance. I guess I’d have to say the moment in Disney’s Beauty and the Beast where the beast gives Belle access to the library. Who wouldn’t want a giant library all for themselves?! 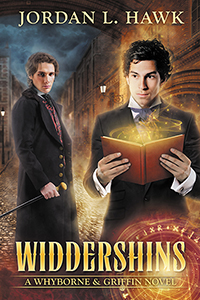 K-Lee: If you could take any fictional couple or character (television, movies, real-life, books) and add them to one of your books, who would it be and why?
I just had a flash of Mulder and Scully visiting a modern day Widdershins, which would be hilarious.

AE: What kind of quirky habits do you have before or during the time you write?
I mostly just drink coffee and type while I’m writing, so…nothing I can think of.

Alexa: When you write, do your characters hijack the story, or do you keep a tight grip on the reins?
Both. I’m a plotter, but I always discover a huge amount via the actual writing of the book, especially when it comes to the characters and their motivations. 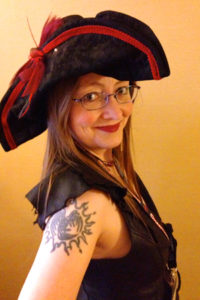 Jordan L. Hawk grew up in North Carolina and forgot to ever leave. Childhood tales of mountain ghosts and mysterious creatures gave her a life-long love of things that go bump in the night. When she isn’t writing, she brews her own beer and tries to keep her cats from destroying the house. Her best-selling Whyborne & Griffin series (beginning with Widdershins) can be found in print, ebook, and audiobook at Amazon and other online retailers.