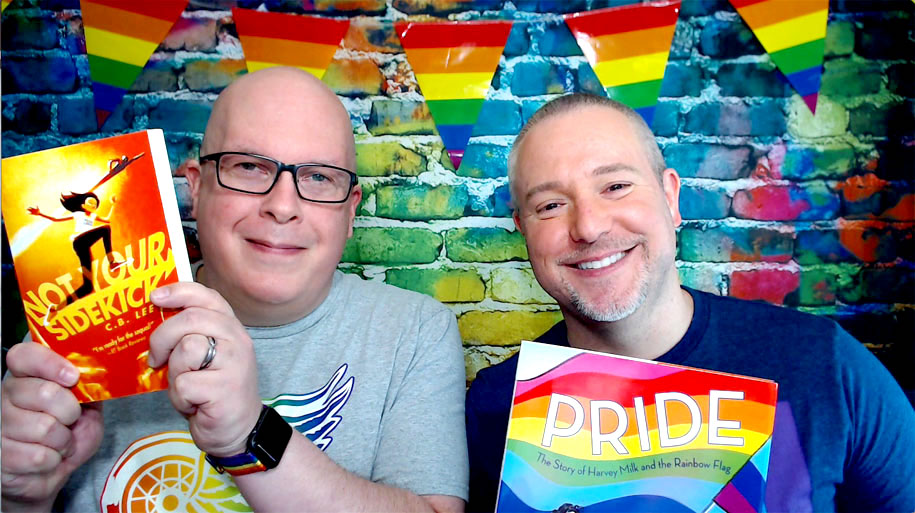 Big Announcement! The Big Gay Fiction Podcast will be joining the fun at the 2019 Coastal Magic Convention (February 28 – March 3 in Daytona Beach, Florida).

For movies this week, Jeff talks about the extras on the Love, Simon Blu-Ray while I talk about two older films featuring gay leading men of yesteryear–Jack the Giant Killer and The Female Animal.

We remind everyone that Maiden Voyage, the second book from the duo behind last year’s Promised Land, arrives on June 26. I review Prince & Knight and The Story of Harvey Milk & The Rainbow Flag. Meanwhile, Jeff discusses C.B. Lee’s Not Your Sidekick.

Jeff and I visited Sacramento’s Lavender Library, Archives, and Cultural Exchange to interview board member Trevor Neeley. We talk about the history of the library, what its mission is, how it serves the community and what’s coming as it prepares to celebrate its 20th Anniversary. To see Trevor give a tour of the library, go to the last eight minutes of this week’s YouTube video.

For more, got to BigGayFictionPodcast.com.