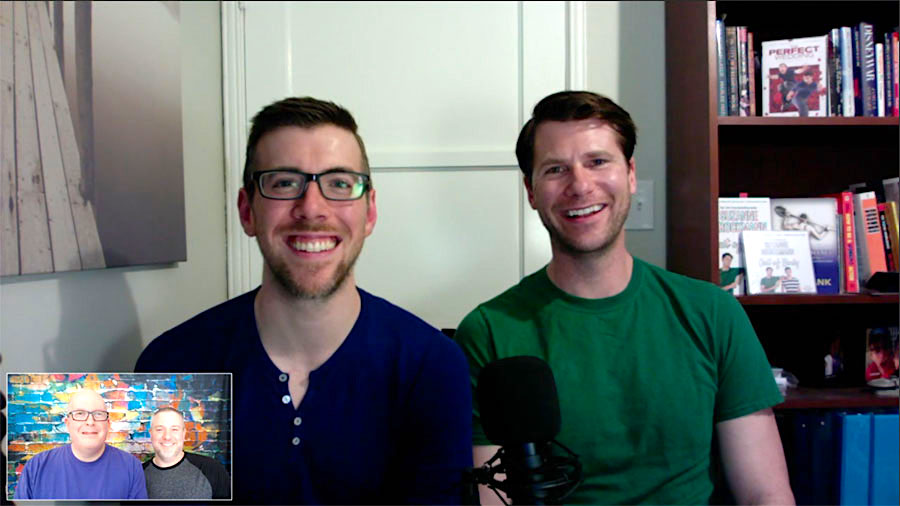 In this special bonus episode of the podcast, Jeff and I talk to co-stars Jason T. Gaffney and Kevin Held about their new gay romantic comedy Analysis Paralysis. Jason is the co-writer, co-executive producer and director of the film about a gay author’s overactive imagination that sends him on a hilarious series of romantic misadventures that ultimately lead him to true love.

On February 1, Analysis Paralysis begins a two-week theatrical run at the Palm Springs Cultural Center in Palm Springs, Calif., as part of their Cinema Diverse “Best of the Fest” series. On the film’s opening night, there will be a special reception and screening as well as a post-screening Q&A with Kevin, Jason and his husband and fellow producer Matt Gorlick.

Jeff and I have seen an early cut of the movie, loved it and recommend that you check out the limited Palm Springs engagement if you have the chance!