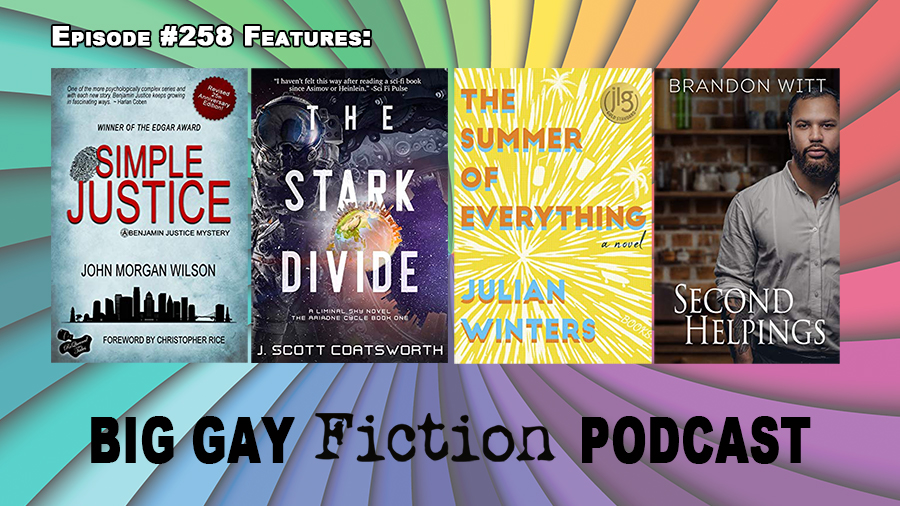 Jeff reviews The Summer of Everything by Julian Winters and I review Second Helpings by Brandon Witt.

J. Scott Coatsworth talks about the re-release of his Liminal Sky sci-fi series as well as the new Innovation flash fiction anthology. He also discusses what he’s currently working on.

We celebrate the 25th anniversary of John Morgan Wilson’s Simple Justice. John speaks with Jeff about bringing this book, and the rest of the Benjamin Justice Mystery Series, back into print with ReQueered Tales. John also shares Justice’s origin story as well as what it was like to revise the book and the similarities between 1994 (when the book is set) and now.