The Many Books of Ari McKay – BGFP episode 162 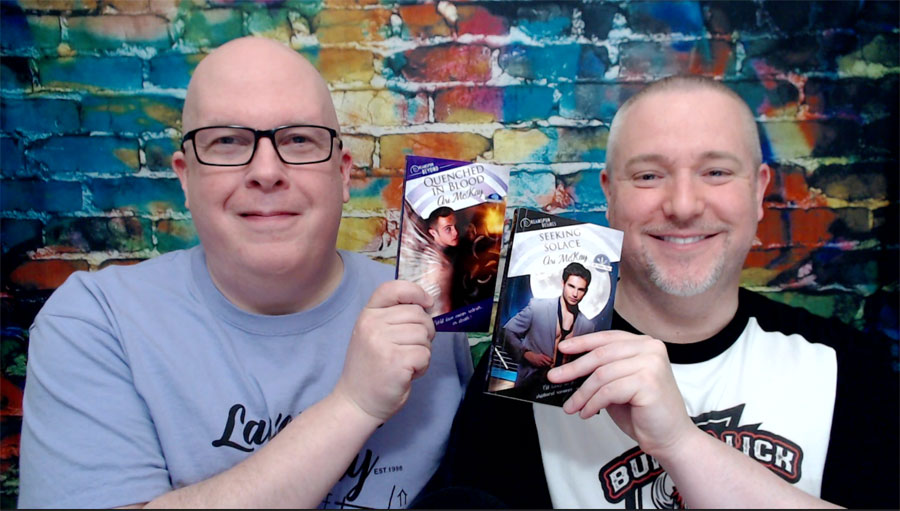 After we completed production on this episode, we learned that Ethan Day had passed away. Ethan means a lot to us and everyone in the gay romance community as a friend, author, publisher, co-founder and co-organizer of GRL and so much more. He will be deeply missed. Our thoughts go out to his family and friends. We’ll remember Ethan in episode 163 next week.

Jeff opens the show discussing the progress he’s made on a Codename: Winger Christmas story.

We talk about the Heart2Heart Anthology, which releases on Tuesday, November 13, as well as the Love Your Book Store Challenge, which runs through November 16. I also preview The Queer Lit Read-a-Thon that takes place December 2-8.

Hallmark Channel Christmas movies, including upcoming ones with gay or gay adjacent actors, are discussed. They also focus on Road To Christmas, which features the first gay couple in a supporting role.

Jeff and I interview the co-writing team Ari McKay about the two books they’re releasing in November: Seeking Solace and Quenched in Blood. They also discuss Designer Holiday, their new Christmas story, what’s next for Herc’s Mercs, and more looking into 2019.