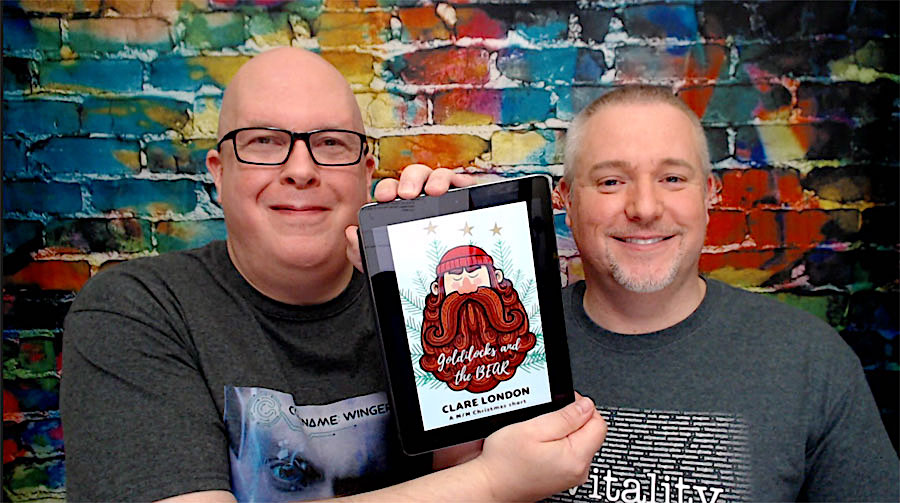 Jeff and I discuss our Thanksgiving weekend, including checking out two new Netflix series: Super Drags and She-Ra and the Princesses of Power. I also remind everyone about the Queer Lit Read-A-Thon that kicks off December 2.

Jeff talks about the Macy’s Thanksgiving Day performance by the cast of The Prom along with Bill Konigsberg’s speech he gave at the ALAN/NCTE event Reading and Writing Resistance: Acting Up, Speaking Out in YA Lit.

Jeff tells everyone about the week of events happening with his Codename: Winger series – the release on Tuesday of Audio Assault, the forthcoming audiobook of Tracker Hacker and the free short A Very Winger Christmas that comes out on Friday.

I review Snow on the Roof by Sean Ashcroft and Goldilocks and the Bear by Clare London. Jeff reviews Someday by David Levithan and Loving Loch by Kris Jacen.