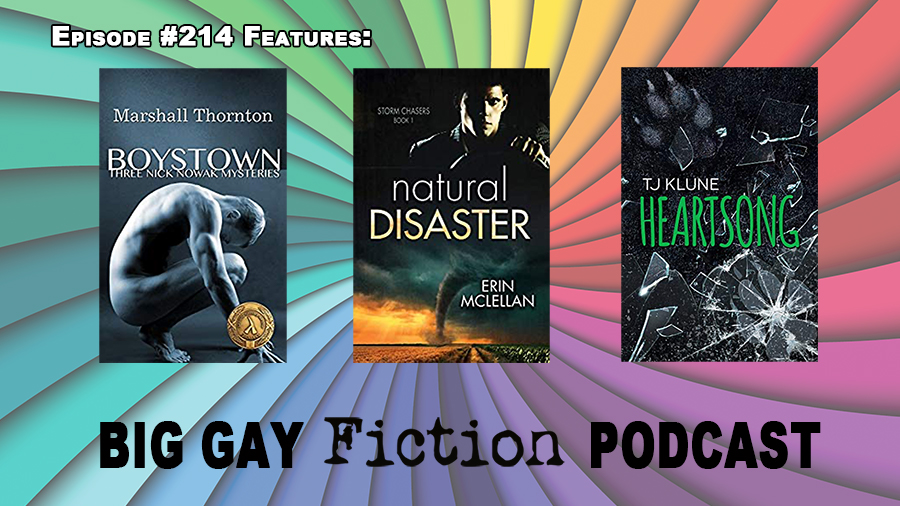 Jeff and I begin this wee’k episode talking about the return of Eastsiders on Netflix starting December 1. We continue with more TV and movies including the film Last Christmas, the premiere of the new Disney+ series High School Musical: The Musical: The Series, ABC presentation of The Little Mermaid Live and the USA Network series Treadstone (which stars newly out actor Brian J. Smith).

Natural Disaster by Erin McLellan and Heartsong by TJ Klune are reviewed this week.

Jeff welcomes Marshall Thornton back to the podcast to celebrate the 10th Anniversary of Marshall’s Boystown series of mysteries. Marshall shares the origin of the series as well as some details about the upcoming 13th and final book. They also discuss the Pinx Video Mysteries series and Code Name: Liberty.