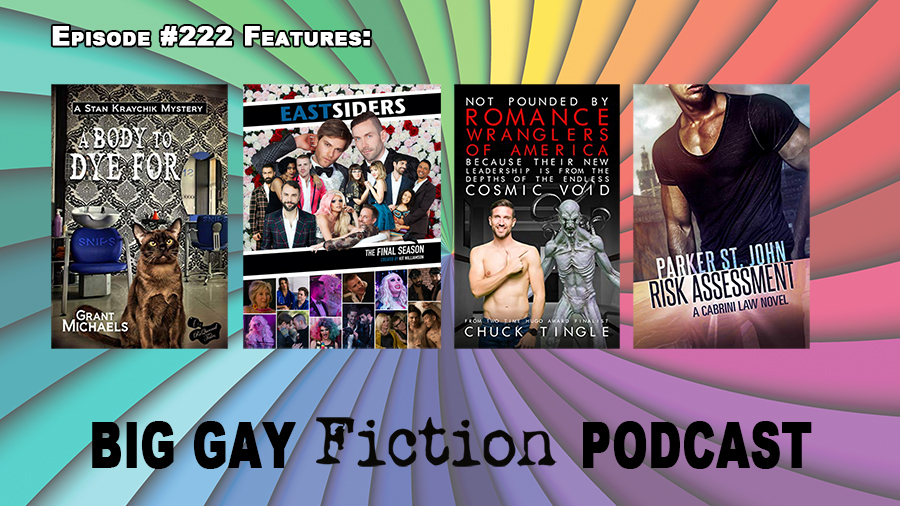 Happy New Year! Jeff and I kick things off with an announcement that Jeff’s hockey romance Head in the Game is now in Kindle Unlimited and that The Hockey Player’s Heart, a second chance romance we wrote together, is on pre-order for a January 15 re-release (it will also be in KU). I look at other re-release titles in this week’s installment of Romance Revisited.

We talk about season 4 of the Netflix series Eastsiders as well as Chuck Tingle’s latest short story Not Pounded By Romance Wranglers Of America Because Their New Leadership Is From The Depths Of The Endless Cosmic Void. Jeff also reviews Risk Assessment by Parker St. John.

Matt Lubbers-Moore talks with Jeff about ReQueered Tales, a publishing company with the mission to bring back out-of-print gay fiction. Matt discusses the first books they’ve released, what’s involved in securing the rights to the books and some of the wonderful reactions they’ve had with authors and their families as they’ve reached out about these books from long ago. Plus, we find out what’s on ReQueered’s wish list.