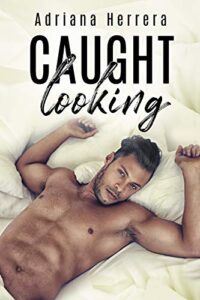 Yariel is a superstar shortstop in the Major Leagues. Hatuey is the team’s interpreter. They’re are in a panic – worried that they’ve placed their decade long friendship in jeopardy by spending one explosively passionate night together. Yari insists it can’t happen again, but Hatuey has different plans.

They’ll be headed to the Dominican Republic for a series of charity events and it’s during that time together that he’ll prove to Yariel that that he’s not as straight as everyone once thought.

On the private plane to the DR it’s proves easy to get Yariel hot under the collar. They almost join the mile high club, but Yari pulls back. Hateuy knows this is what they both want. What they both need. Since going on the offensive didn’t work, the new plan is to make Yariel come to him.

Staying in the same suite at the resort where the team’s fundraiser will be held, they can’t seem to keep their hands off each other for long, but they’re interrupted by Hatuey’s father. They then spend the afternoon at the sports camp Yariel sponsors and later in the evening go to a black-tie gala.

At an exclusive after party, Hatuey proves to be very popular. Perhaps purposely provoking Yari’s jealous streak will snap him out of it and get him to admit that they’re meant to be. He fumes as he watches from the sidelines. When he can’t take it any longer, he drags Hatuey back to their place – he has to have him, or he’ll die. These two definitely don’t lack passion and they don’t do anything halfway.

They spend the next several chapters engaging in sex so intense that it’ll set the digital pages of you ereader on fire, which really shouldn’t come as a surprise because everything they do is so intense. The way they fight is intense. They way they fuck is intense.

Now, without a shadow of a doubt, they both know that they belong together, now and always. In an epilogue set a year later, they still can’t keep their hands off each other and Yariel has a special Valentine’s Day surprise for Hatuey, one that’ll assure their bright and happy future together forever.

I’m a big fan of Adrianna Herrera’s work, but this time I think she’s truly outdone herself. Not only are the sex scenes crazy, off the charts hot, but the deeply held passion that these to characters have for each other is evident on every single page and in every single moment that they share. Yariel and Hatuey are loyal friends and intense lovers (there’s that word, intense, again). Their chemistry is explosive, and I can’t think of a better example of a ‘friends-to-lovers’ trope written so expertly.

If you’re looking for a novella that packs a lot of emotional punch with a ton of sexual heat, then Caught Looking is the story you should be reading.